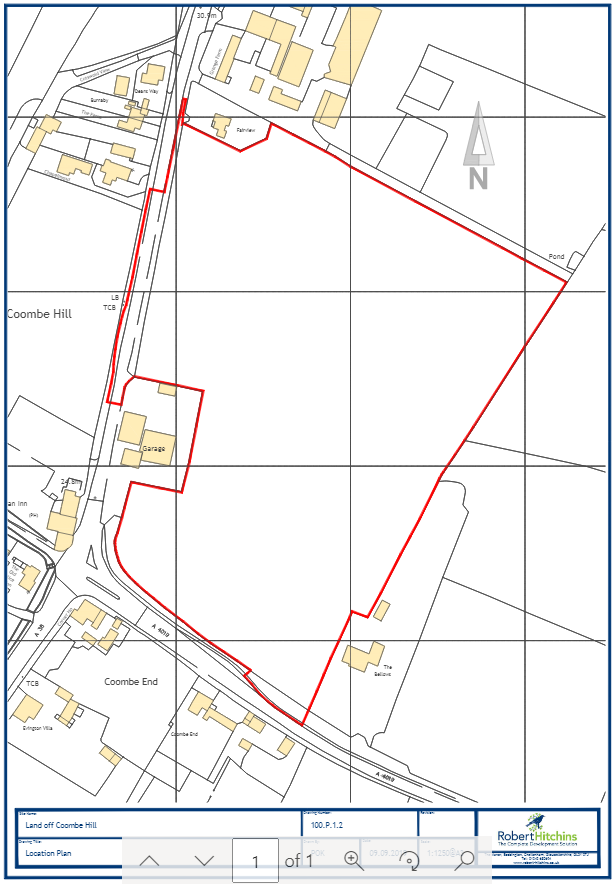 An inspector has granted outline planning permission for developers to build up to 95 homes on land off the A38 at Coombe Hill in Gloucestershire.

Bovis Homes and Robert Hitchins Ltd appealed against Tewkesbury Borough Council's failure to give notice within the prescribed period of a decision on an application for outline planning permission.

The development proposed was originally for up to 150 dwellings but the appellant amended the scheme before the inquiry.

Mr Clark noted that Coombe Hill was a "tiny hamlet" of about 50 houses yet it benefitted from frequent bus services to Gloucester, Cheltenham and Tewkesbury and also had a public house and convenience store.

"The council has already resolved to grant planning permission for up to 40 dwellings on a small part of the site," he said.

After considering the impact of the development, Mr Clark said the planning balance was "almost entirely one-sided".

"The site is an entirely appropriate location for new development of the scale proposed," he said. "There would be an almost imperceptible degree of harm to the setting of a listed building.

"The proposal would have no significant adverse effects upon the integrity and conservation objectives of the Severn Estuary Special Protection Area and Ramsar Site. The effects of the proposal on the Coombe Hill SSSI would be acceptable.

He added: "The proposal would not increase the level of risk to the safety of occupants of the site, the local community or the wider environment and would contribute to a reduction in existing flood risk.

"The housing to be provided would make a significant contribution to the supply of housing in Tewkesbury. The effects of the proposal on the demand for and provision of schools would be acceptable without the need for any expanded facilities.

He concluded: "Overall the public benefits of the proposal would clearly outweigh any minor harm to the setting of the nearby listed building and so the appeal should be allowed."

Under Community Infrastructure Regulations, financial contributions would be made by the developers to local schools, including nearly £400,000 to primary schools, and £100,000 to Gloucestershire Wildlife Trust's Coombe Hill Canal and Meadow Reserve.