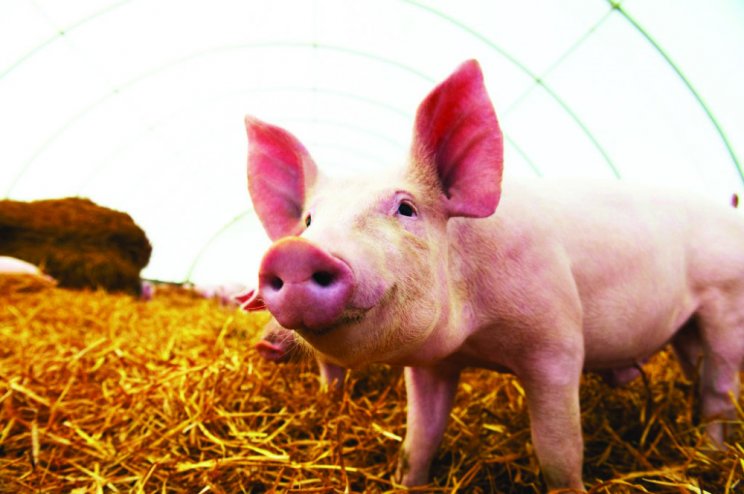 An industry body says the situation is 'unsustainable' and is calling on the Government to take urgent short-term action.

It's estimated that across the UK there is a surplus of 70,000 pigs on farms because abattoirs affected by staff shortages are limiting the number of animals they can take from farms.

Farmers are reportedly having to sell pigs at a loss of £25 an animal, as they keep ever growing numbers on the farm with the additional cost of food and straw for bedding.

Abattoirs have become increasingly dependent on foreign labour over the years and many people have not returned because of Covid restrictions on travel and uncertainties over being able to get home.

There have also been problems - experienced across industry as a whole - of workers self-isolating because of Covid alerts.

Charlie Dewhirst, senior policy advisor, National Pig Association, said: "This is an absolutely unprecedented crisis for British pork. A significant number of farmers have left the industry since the beginning of the year. It really is a disaster."

He said: "No one could have predicted what's happened in the last 18 months. In the long-term we need to address a number of issues to make farming more attractive to British workers.

"But in the short term we need a temporary visa - call it a Covid Recovery Visa - to tackle the immediate crisis."

Earlier this week, The Association of Independent Meat Suppliers suggested that prisoners could be brought in to plug the gap. But the British Meat Processors Association said such a scheme would bring its own problems and has also backed the idea of temporary visas.