Peel boss steps down from Intu board

The chairman of the Peel Group - owners of Gloucester Quays - has stepped down from the board of troubled property giant Intu. 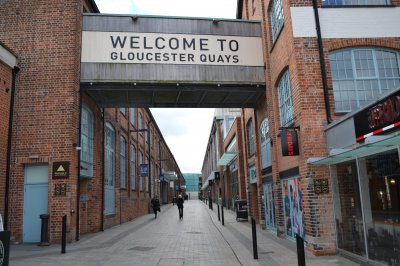 John Whittaker had been serving as deputy chairman and non-executive director of Intu which owns several large shopping centres, including part of Cribbs Causeway, and went into administration last month.

According to Property Week, Mr Whittaker has not been attending board meetings for the last few months.

Mr Whittaker has had a seat on the board of Intu since the company bought the Trafford Centre in Manchester, which he created, from Peel in 2011.

He also received a 25 per cent in Intu as part of the sale.

All the company's non-executive directors have resigned with the exception of new chief restructuring officer David Hargrave.

Chief executive Matthew Roberts stepped down days after the company went into administration.

Intu, which employs around 3,000 staff with a further 102,000 working in shops within its 17 shopping centres, struggled under a £4.5billion debt burden over the past year.

It was further hit by reduced rent payments across its shopping centres during the coronavirus pandemic.