Paul James to stand down as leader of Gloucester City Council

Gloucester City Council will have a new leader for the first time in more than a decade after Paul James announced he will be standing down and not seeking re-election to the council in May.

Both Councillor James and deputy leader Jennie Watkins will formally stand down at the Full Council Meeting on November 20.

The pair have also announced that they will not be seeking re-election in May's local authority elections.

Cllr James was first elected to serve the Kingsholm ward in 1996 and, following boundary changes has represented Longlevens since 2002. He has been the leader of the council since 2007. 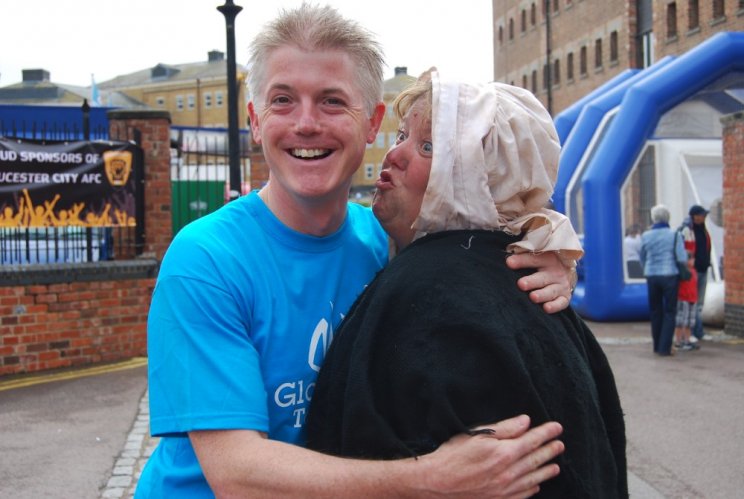 Announcing his decision, Cllr James said: "Having been a councillor for nearly 24 years, in the Cabinet for 16 and been Conservative Group Leader for more than 18, it is time for someone else to have a go!"

"I am proud of what we have achieved together and I still have a lot I want to do before I leave the Council in May.

"I am still absolutely passionate about the city and hope to find a way I can continue to contribute when I am no longer a councillor. 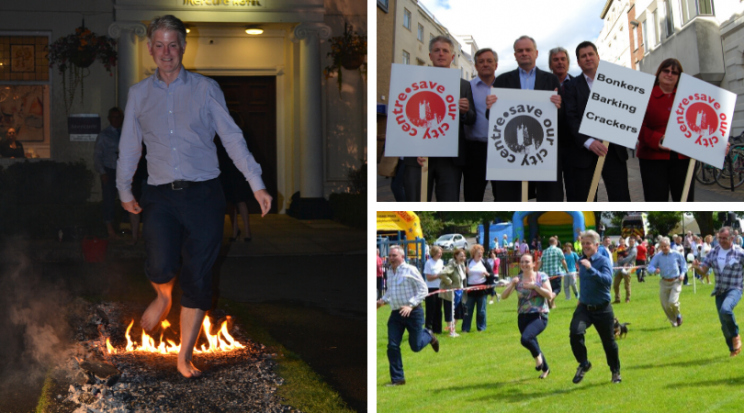 "I am grateful to fellow councillors of all parties, council officers, partners and the people of Gloucester who have supported me during my time on the council."

He said his proudest achievements of his time in office were to lead the city through the effects and aftermath of the 2007 floods as well as overseeing the £1billion regeneration of the city.

That included the landmark opening of Gloucester Quays and the new Transport Hub and bringing the Rugby World Cup to the city in 2015. 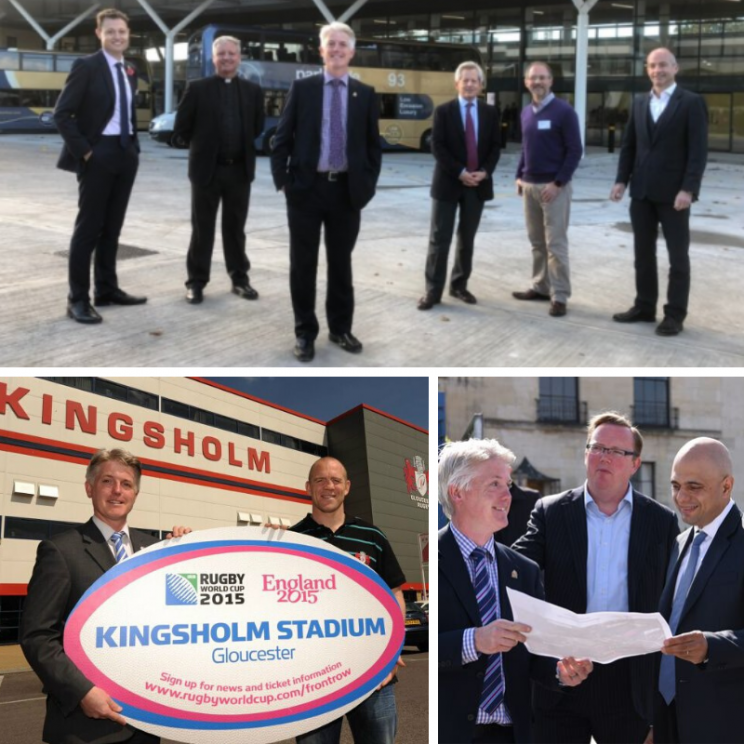 He is also proud to see the recent announcements of government backing for the overhaul of Westgate Street that includes the redevelopment of The Fleece Inn.

Cllr James added that he is delighted to see work start to get underway on the latest landmark redevelopment scheme, the overhaul of the King's Quarter that maintains the momentum of regeneration.

He said that by standing down from his council roles, he was hoping to spend more time with his wife Charlotte and two daughters, four-year-old Eirys and Tydwen, who is two. 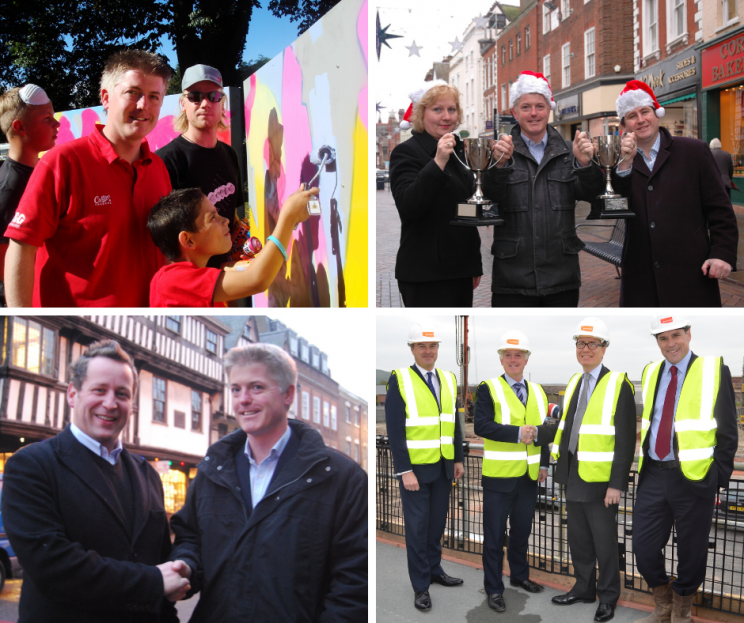 Cllr Watkins has been deputy leader for the past six-and-a-half years and a councillor, first in Podsmead and now Kingsway, for the past decade.

She has been studying for a degree in criminology and psychology at the University of Gloucestershire and will be taking up a new career in the field.

She said: "It's been an honour to serve the communities and the people of Gloucester for the past 10 years.

"I've had such amazing experiences that will stay with me always. I will miss the role and all the people I've met and worked with enormously.

"I look forward to new challenges ahead where I can help others with the skills I've acquired." 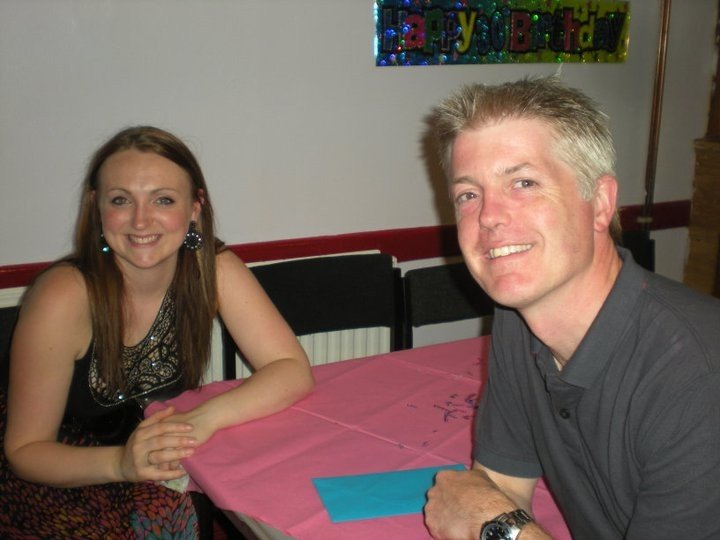 £1 million from the Big Local for Podsmead as well as promoting Asset based Community Development.

She also played a significant role in introducing Community Builders into the city, creating the Nightsafe group, achieving Purple Flag status and the development of the Blackbridge Sports Hub.

Paying tribute to Cllr James' service to Gloucester over the past 18 years, Punchline editor and MD of Moose Marketing and PR, Mark Owen said his would be a hard act to follow.

"I'm very sad to see Paul go but it's time he turns his attention to his own young family," he said.

"The regeneration of Gloucester has come a very long way and although it is still a work in progress, so much has been achieved over the past 18 years.

"A glance around our city skyline, a visit to the Quays, the Docks and new Transport Hub highlight some of Paul's many achievements. 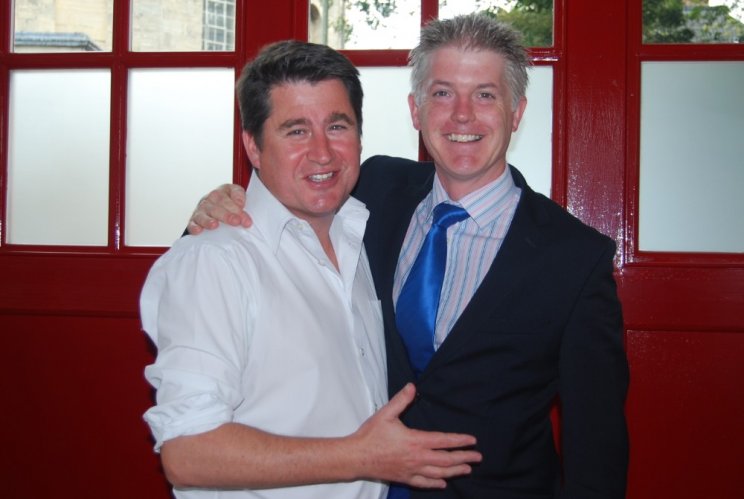 "Paul has done more than anyone else to improve the lives of Gloucester's citizens, always going that extra mile, working incredibly hard for very long hours but never taking himself too seriously.

"The life of a councillor is a thankless task and although we still do have many fine councillors across all political parties, Paul is going to be a hard act to follow.

"I wish him all the best and offer a big thank you for his service to the city he clearly loves so much."

The ruling Conservative Group will meet to elect a new leader ahead of the full council meeting on Wednesday, November 20 with the decision then set to be ratified by councillors at the meeting.

What are your views on Cllr James and his legacy in the city, contact mark@moosemarketingandpr.co.uk  to have your say.