The publisher of the Gloucester Citizen and Gloucestershire Echo has enjoyed a "solid start" to the financial year, according to its chief executive. 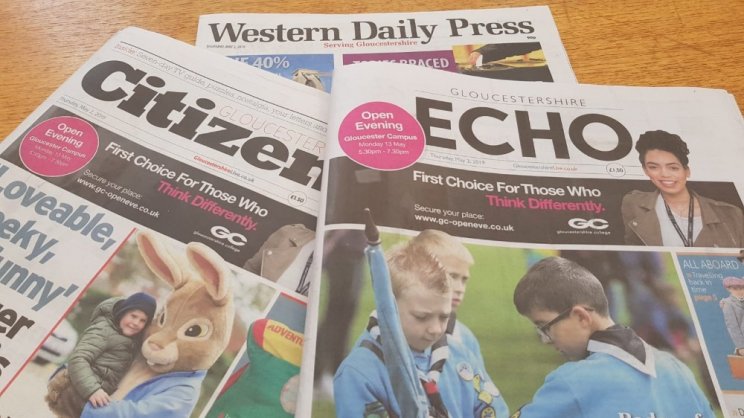 That reflected the benefit of its purchase of the Daily Express and Daily Star during the same period last year.

On a like-for-like basis, revenue fell by 6.4 per cent, an improvement on the 7.8 per cent decline over the same period last year.

Of that, print revenue fell by 7.9 per cent but digital receipts grew by 8.4 per cent, with the company hailing a series of digital initiatives underway, which they expect to "accelerate this growth."

Net debt levels were at £22.2 million following an early repayment of £20.3million on the £39.7million loan taken out for the purchase of the Express and Star.

Chief Executive Simon Fox said: "I am pleased with the solid start to the year and the positive improvement in revenue trends.

"Our early term loan repayment demonstrates the continued success of the Express & Star acquisition and the strong cash generation of the Group.

"We also continue to make good strategic progress, most importantly with a range of digital projects to drive both page views and revenue, the effects of which we expect to see in the second half of the year."

As well as their national titles, Reach publish more than 200 regional newspapers including the Gloucester Citizen and Gloucestershire Echo.

They also operate news websites across the country, many of which use the 'live' brand, including gloucestershirelive.co.uk

Shares in Reach PLC were trading up by as much as two per cent on Thursday after the release of the news.