An historic Gloucestershire pub near Cheltenham has revealed when it will re-open - under the branding of acclaimed chef Raymond Blanc.

The French legend lends his name to a growing portfolio of eateries run by The White Brasserie Company, described as "a family of British pubs with a French brasserie twist". 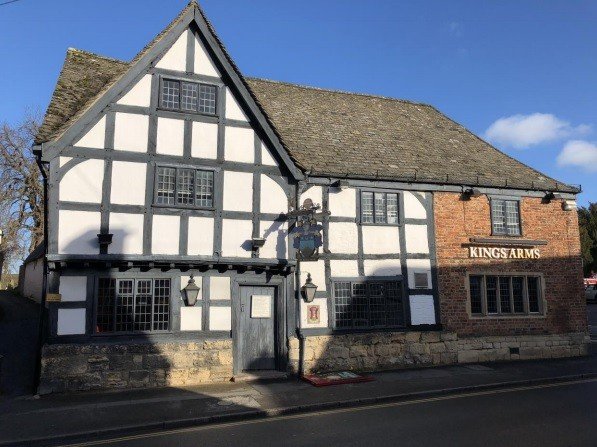 And the latest addition - taking the total to 20 - is set to be The Kings Arms in Prestbury, with the opening date no revealed as Monday, December 9.

"The Kings Arms has undergone an extensive refurbishment to sympathetically restore and refresh this historic pub. The pub will be a combination of cosy spaces and open-plan dining with multi-layered textures and injections of bold colours to create an atmosphere for all.

"The interiors, designed by award-winning Head of Design Inge Watrobski, feature a traditional bar area and a light, bright brasserie with just over 100 covers, whilst quirky garden sheds surrounded by atmospheric lighting provide private dining spaces for up to six people, outside," said a statement from the Teddington-headquartered company.

Apparently Ms Watrobski teamed up with Cheltenham design blogger, Dee Camplin, on the interior and re-design of the inn.

Dishes will include the likes of smoked pork belly served with apple and crackling, paella valenciana with red mullet and seasonal dishes such as British roast pheasant with girolle mushrooms and muscat pumpkin.

The Kings Arms will also offer "locally brewed ales and beers, the best wines from around the world, as well as artisan gins, spirits and cocktails".

Read more: Historic Gloucestershire pub to be turned into an up-market French-style brasserie