Cannabis plants estimated to have a street value of more than two hundred thousand pounds were discovered by officers who executed a drugs warrant in Gloucester on Thursday (October 20). 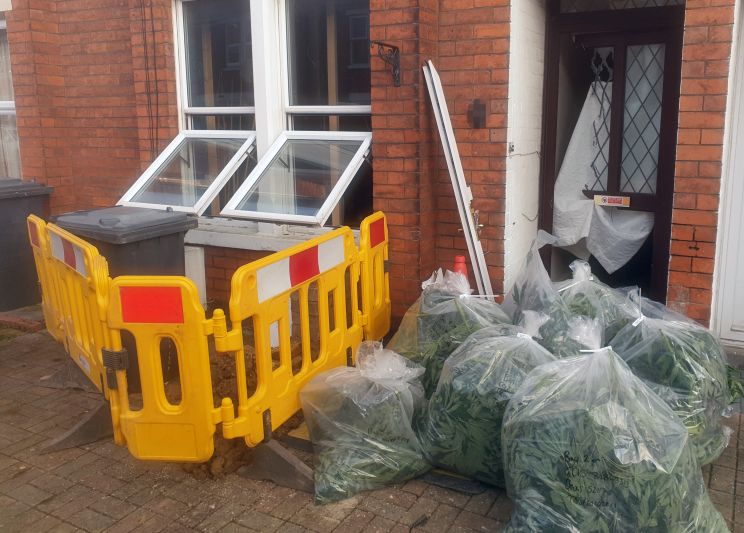 Officers from the Gloucester Neighbourhood Policing Team and Operation Vanguard forced entry to a house in the Linden area and found a cannabis grow which covered all three floors of the property.

The drugs are believed to have an estimated street value of around £220,000 and were days away from being harvested for sale.

The warrant was executed after information from the community was gathered by PCSOs about suspicious activity at the property.

No-one was present at the property and enquiries are ongoing to establish those involved.

Police are asking anyone who suspects drug dealing or suspicious activity taking place in their neighbourhood to report it to either Crimestoppers anonymously or police.

You can report this to police by using the online form.

Alternatively, you can call police on 101 or give information anonymously to the independent crime-fighting charity Crimestoppers by calling 0800 555 111.