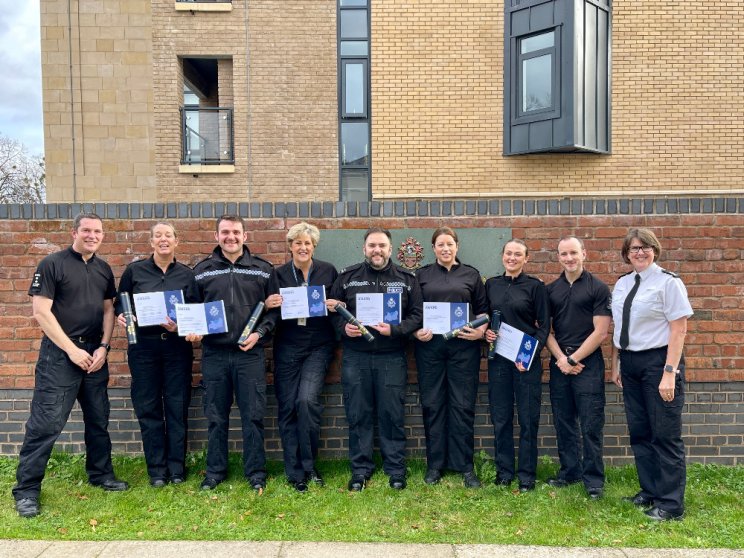 Gloucestershire Constabulary celebrated the excellent work and community service of a Sergeant, PCs, PCSOs, Special Constable and a member of the public at a local commander event.

The event was organised by Superintendent Emma Davies from the Cheltenham and Tewkesbury local policing area to highlight the good work of those who have gone above and beyond for their communities. 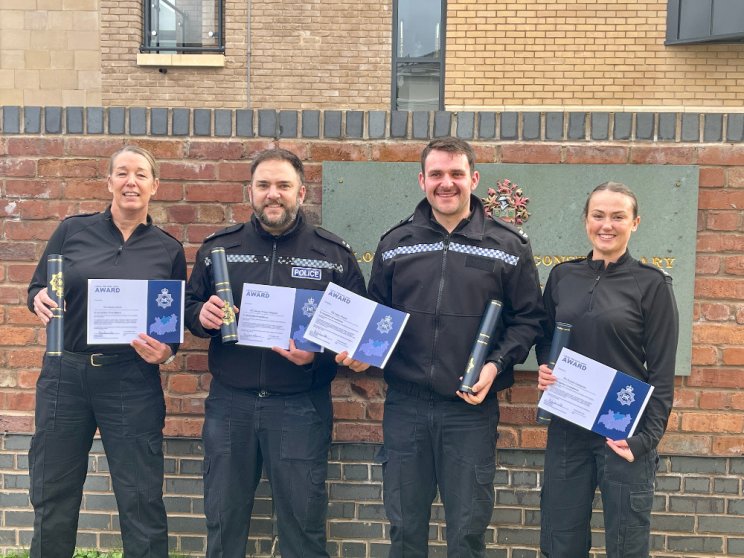 The group's work saw them identify and arrest a prolific burglar, collate incidents, and identify possible locations that the suspect was taking property to.

After searching a property, the man was seen in the area before he was detained and the stolen items, particularly those of great sentimental value, were recovered.

They went on to work long hours to ensure he was charged and remanded in custody to prevent further victims from being targeted. 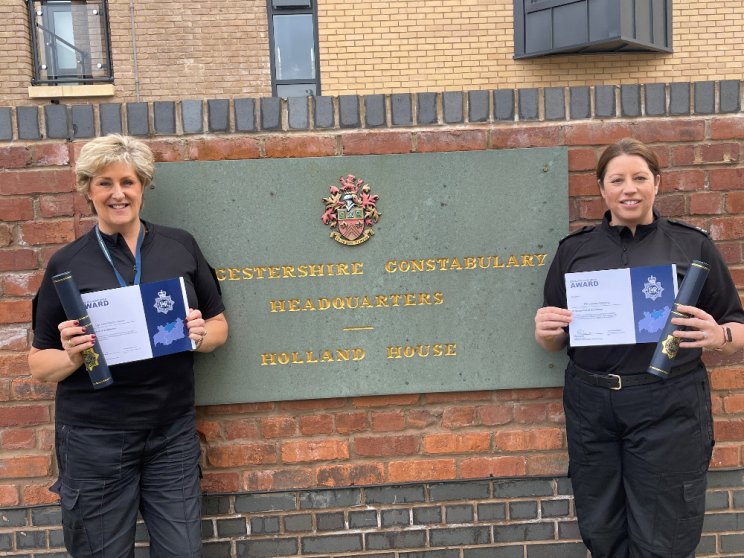 Colleagues Sergeant Julia Martin-Jones and PC Leanne Copping were also praised for an innovative piece of work they produced to educate young people around the dangers of drugs, whilst engaging with an individual who had a chaotic lifestyle and past.

Enabling early intervention, prevention and diversionary work with the young people within the community. 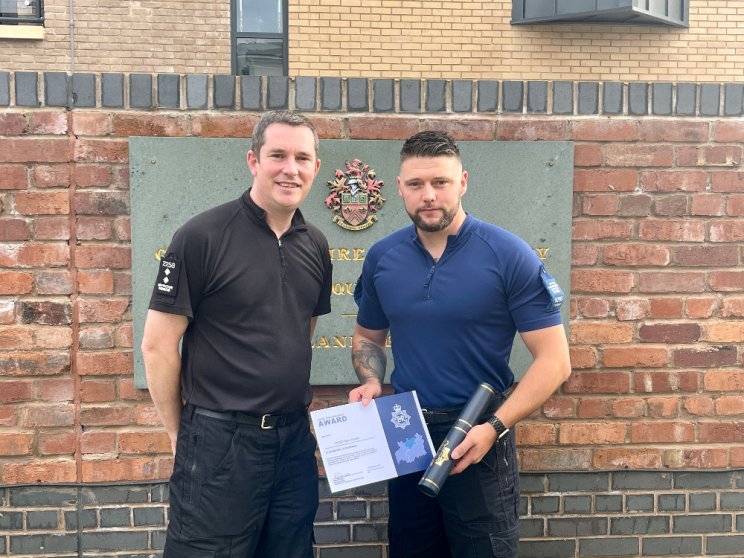 PCSO Sam Corder from the Tewkesbury Neighbourhood Policing Team was highlighted for his tireless work identifying vulnerabilities within the Innsworth community, building relationships in the community, and his significant intelligence gathering which helped to break a drugs cycle.

This work was done as part of the 90 Days Strong campaign and resulted in substantial amounts of money and drugs being seized and highlighted community and partnership working at its best. 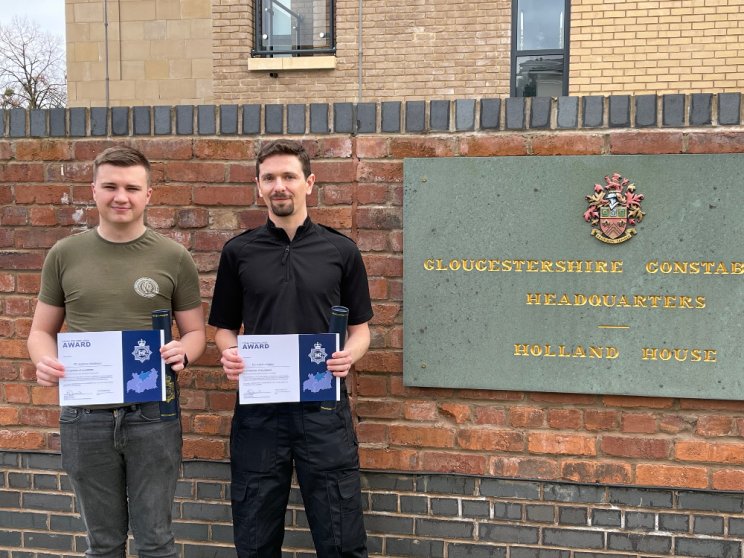 A member of the Special Constabulary also featured within the awards, Special Constable Nathan Collins and PC Anthony Middleton from the Cheltenham local policing team were praised for their quick thinking and compassion during a domestic abuse incident.

Whilst dealing with a high-risk offender they responded to another incident to assist a woman whose husband had stopped breathing,

The pair commenced CPR and spent a considerable amount of time assisting once the ambulance crew had arrived. Their actions, professionalism and respectfulness will remain with the gentleman's wife and family. 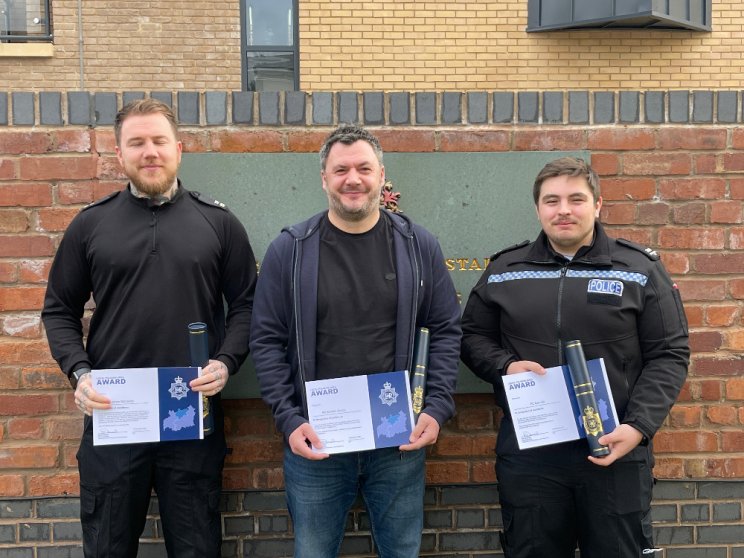 PC's Sam Hill and Kenny Gorton risked their own safety when attending a call to a house and dealing with an incredibly erratic and violent individual who they feared had the intention of stabbing them.

The award focused on their courage and bravery and the management of this incident is testament to their professionalism and dedication.

Their local policing colleague James McCauley was also celebrated for his compassion and determination when dealing with a female who is known to be difficult to deal with and often not accepting of assistance.

She had taken a very large quantity of tablets, alcohol and cocaine and was self-harming. When her demeanour changed, and she collapsed unconscious on the floor and stopped breathing PC McCauley quickly administered first aid in what were difficult circumstances. He undoubtedly assisted in saving her life. 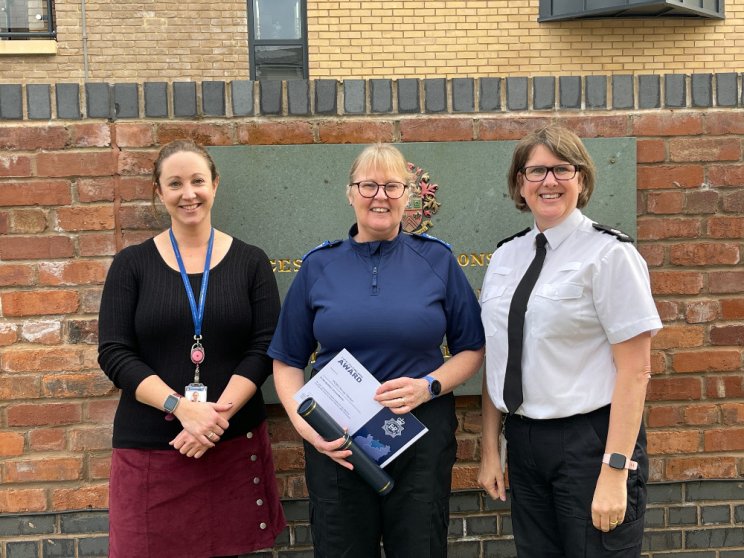 PCSO Morag Gordon from Solace, a joint team that includes officers from Gloucestershire Constabulary, Cheltenham Borough Council and Gloucester City Council was praised for showing commitment, tireless dedication and diligence working with colleagues and partners to support making the communities of Gloucestershire safer. 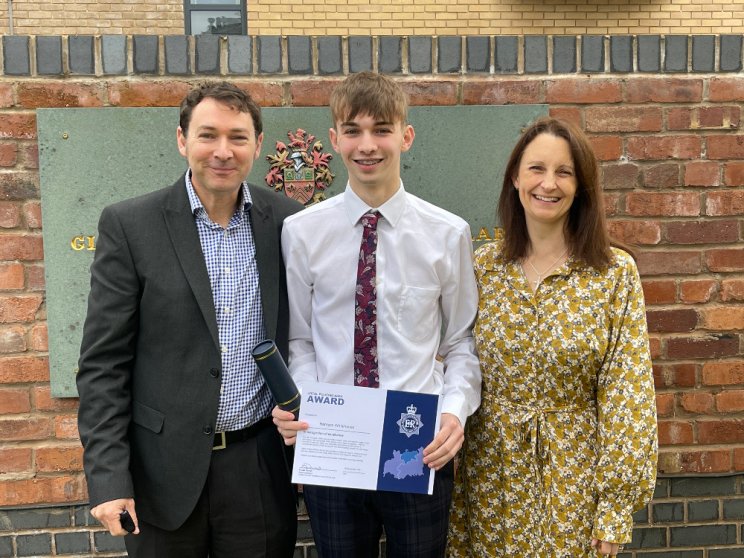 Teenager Harrison Whitehouse was the last person to be praised and attended the certificate presentation along with his parents.

This award was for his courage, public spirit and determination when he helped to save a man who was on the wrong side of the railings over a dual carriageway.

With no concern for his own safety Harrison intervened and held on to the man for a considerable period of time to prevent him from throwing himself from the bridge.

When officers arrived, he assisted in pulling the man to safety and when the man resisted the help being offered to him, he helped to restrain him.

Superintendent Emma Davies said: "It is an honour to be able to personally thank all of my officers and Harrison for their selfless actions, compassion and bravery.

"We deal with many challenging and traumatic incidents daily and this group of officers have put others before themselves to ensure positive outcomes.

"I would like to thank Harrison personally for his amazing actions when dealing with the man in distress as without his brave intervention the incident could have had a tragic ending."