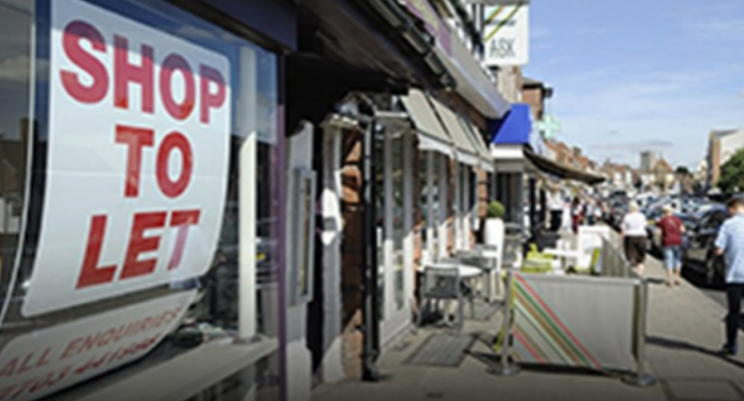 The number of empty shops has continued to soar, with one in seven across Britain now vacant, according to new research.

All areas of the country saw a rise but the North of England suffered the biggest hit, according to the British Retail Consortium (BRC).

Helen Dickinson, chief executive of the BRC, said: "After a third national lockdown, it is no surprise that the vacancy rate has continued to soar. The forced closure of thousands of shops during the first quarter of 2021 has exacerbated already difficult conditions for the retail industry.

"We estimate there are around 5,000 fewer stores since the start of the pandemic, meaning 1 in 7 shops now lie empty. There is significant regional disparity in vacancies, with the North of England showing a greater increase compared with other parts of the country.

"Shopping centres, many of which have been forced to close for a large portion of this pandemic, have fared worse than other retail locations, with over 12% of units lying empty for a year or more."

With full business rates relief and the moratorium on aggressive debt enforcement ending in England this summer, many stores may never reopen, warned Ms Dickinson.

She added: "The Government must ensure the ongoing business rates review leads to reform of the broken system and permanently reduces the cost burden which is leading to unnecessary store closures and job losses.

"The devolved nations have already agreed to extend the business rates holiday until 2022 and England should consider following suit."

"The number of vacant units has continued to increase in the first three months of this year across the country, despite much of the market being temporarily closed for during the 3rd lockdown. With this in mind, and despite these percentages increasing significantly, we would argue that we have not yet seen the true impact of this 3rd lockdown and this will only be obvious once the market has had the chance to re-open fully.

"We have seen a number of household names announcing further store closures or indeed, disappearing from our high streets entirely showing how challenged physical retail continues to be.

Lucy Stainton, Director of Retail and Strategic Partnerships, Local Data Company, said: "Shopping centres have been particularly exposed to the effects of the covid-19 pandemic, principally having a lower proportion of "essential" retailing as well as being exposed to categories which are in decline such as fashion, department stores and casual dining.

"This being said, the early indications from the first few weeks of the "unlocking" have shown there is still significant demand for physical retail and eating out.

"Hopefully, as consumer confidence continues to build momentum with reduced covid-19 cases, more of the population vaccinated and warmer weather, further fall out from the pandemic might be mitigated somewhat.

"Similarly we are seeing a lot of redevelopment with retail stores being converted to other uses such as office space and residential property - this too may help stabilise the increase in vacancy we'd otherwise expect to see continue into Q2."