A new finance model could push forward plans for a nuclear power station at Sizewell C in Suffolk, expected to ensure work for Gloucester-based EDF. 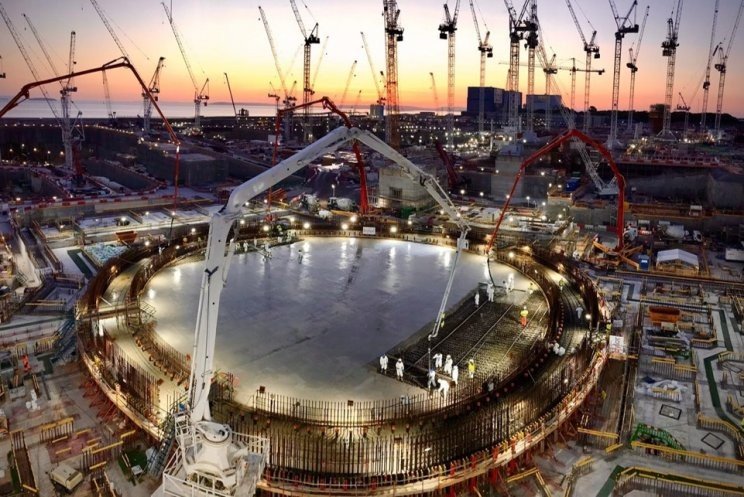 EDF - with its UK base in the city - is set to be involved in any new development, following its work on the new Hinkley Point C power station in Somerset.

The chairman of EDF - with its UK base in Gloucester - met with the Business Secretary Kwasi Kwarteng last week on the day the Prime Minister met Bill Gates at the Global Investment Summit ahead of this weekend's COP26 conference in Glasgow.

The Business Secretary has now announced that a new model called Regulated Asset Base (RAB) will be used to fund future nuclear power stations, like Sizewell. It will cost consumers more in the short term but is expected to save money in the end.

The new rules will encourage a wider range of private investment for new nuclear projects, reducing Britain's reliance on overseas developers - like Chinese company CGN which is partnering with EDF on Hinkley C. The new model is expected to overcome funding problems for nuclear projects.

The Government says large scale nuclear power is the only technology available to provide continuous, low carbon electricity and so has a key role to play in reducing the UK's dependency on fossil fuels and exposure to volatile global gas prices.

It's claimed in the long run the new funding model could save consumers more than £30 billion on each new large-scale station.

The funding model is based on a method that has been used to finance other infrastructure projects, such as the Thames Tideway Tunnel and Heathrow Terminal 5.

It will increase the pool of private investors to include British pension funds, insurers and other institutional investors.

Consumers will contribute to the cost of new nuclear power projects during the construction phase - but overall consumers are expected to save more than £30 billion over the project's lifetime on each new large-scale nuclear power station compared with existing funding mechanisms.

Business and Energy Secretary Kwasi Kwarteng, said: "In light of rising global gas prices, we need to ensure Britain's electricity grid of the future is bolstered by reliable and affordable nuclear power that's generated in this country.

The existing financing scheme led to too many overseas nuclear developers walking away from projects, setting Britain back years. We urgently need a new approach to attract British funds and other private investors to back new large-scale nuclear power stations in the UK."

Currently, approximately 16% of the UK's electricity generation comes from nuclear power and the RAB model will play an important role in attracting private investors to back new large-scale nuclear power stations, working alongside renewables on an increasingly low-carbon electricity grid.

RAB could also be used on new nuclear technologies, including Small Modular Reactors designed and manufactured in the UK.