Six years after she attacked a man in Cheltenham in a drunken, violent, racist assault Shannon Cairns has been brought to justice.

Now living back in her native Scotland the 24-year-old, of Holm End, Moffatt, Dumfriesshire - who was 18 at the time of the attack - might have thought she had escaped unpunished.

But she was arrested three weeks ago when her sister was stopped by the police in Scotland and she happened to be with her at the time. 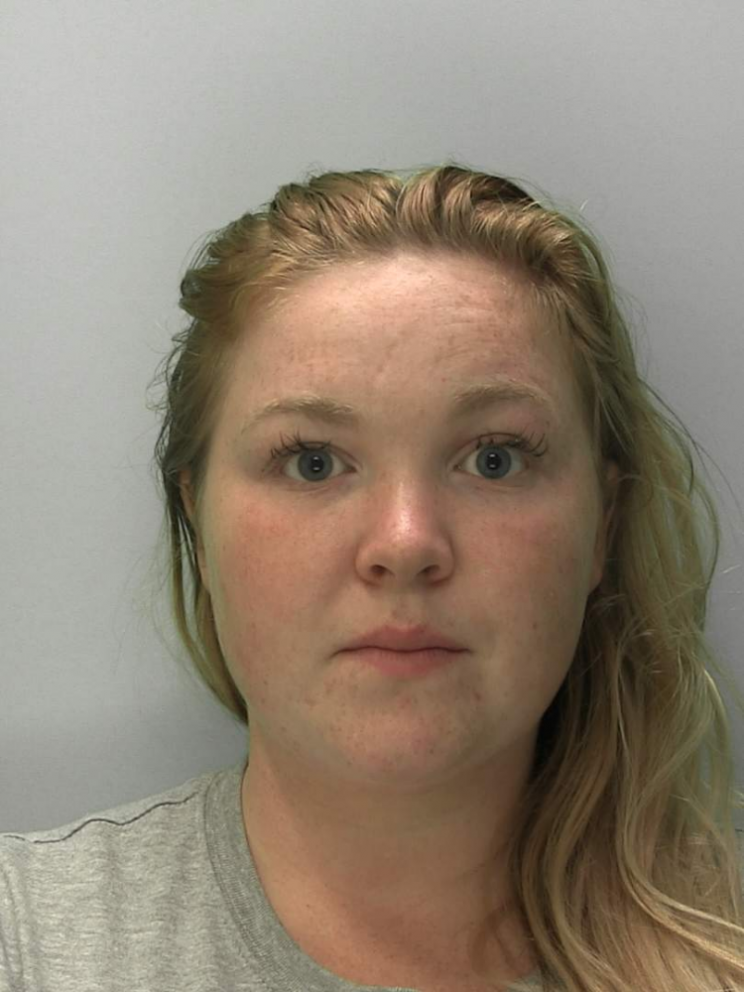 The court was told Cairns had been arrested after the assault and admitted it but she was not charged and was released on police bail pending enquiries.

Her lawyer said she was under the impression that the police would contact her again if she was needed but she never heard from them and remained a wanted person until last month.

Prosecutor Janine Wood said the assault happened when Cairns was visiting friends in Cheltenham. On the night of the incident Cairns was said to be 'the most drunk customer in the pub.'

Mrs Wood added: "The landlord explained to the police that Cairns got into a heated argument with Mr Ngwazi, who was aged 39 at the time, and the pair of them were trading insults.

"He describes Mr Ngwazi picking up a chair to defend himself when he was challenged by Cairns. She then attacked him in the face with a glass. Cairns was said to be totally drunk and out of control."

Mrs Wood said that Mr Ngwazi suffered a deep cut to his right cheek along with small cuts and scars around his face. He had to have a minor operation to remove glass from one of his eyes.

"Mr Ngwazi is still suffering from the effects of the attack almost six years later," she said.

Steven Young, the solicitor defending, said: "The attack was out of character for Cairns. It was purely down to excessive drinking. She was just 18 at the time.

"She had been attending an African-themed evening when she made the stupid remark. She is not generally racist but she made her comments through drink."

Judge Ian Lawrie QC said Cairns: "I've got little doubt that this uncharacteristic behaviour was prompted by you drinking far too much alcohol. You behaved in a way that does not appear to be your norm.

"But what you did do whilst very drunk was to be thoroughly offensive, racist, and you indulged in violence which led to a cut in the victim's face and left him in discomfort and pain.

"You were out of control because of the amount of drink you consumed and must take responsibility for your actions."

He sentenced her to 13 months in prison, suspended for 18 months. He ordered her to do 150 hours of unpaid work; pay compensation of £800 to her victim, and pay £250 towards prosecution costs. A £100 victim surcharge was also imposed.

The judge concluded: "If you are out drinking over the next 18 months think of what has just happened. You are not a bad person, just a very drunken person on that night.

"This case may have taken a while to come to court, but it has given you the opportunity to show that you have kept out of trouble ever since. Keep it that way."