Retailers have played down fears of widespread pre-Christmas shortages due to the closure of the UK's borders, but have called on the Government and EU to find an answer quickly. 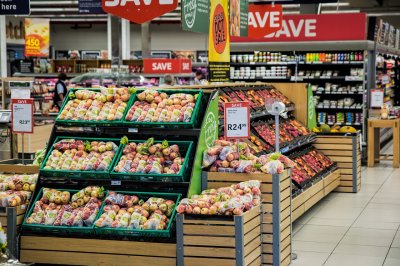 France closed routes into Europe for at least 48 hours due to concerns over the new coronavirus threat which prompted the introduction of tier four restrictions in much of the south east of England.

It comes on top of growing issues over imports as the UK nears the end of the Brexit transition period.

British Retail Consortium director of food and sustainability Andrew Opie said: "Retailers have stocked up on goods ahead of Christmas which should prevent immediate problems.

"Any prolonged closure of the French border would be a problem as the UK enters the final weeks before the transition ends on December 31.

"We urge the UK Government and the EU to find a pragmatic solution to this as soon as possible, to prevent disruption for consumers."

He said the closure of the borders to accompanied freight poses difficulties during the busy Christmas period.

He said: "While goods can enter from France, few haulage firms will be willing to send trucks and drivers across to the UK without a guarantee they can return to the EU in a timely manner.

"This is a key supply route for fresh produce at this time of year: the channel crossings see 10,000 trucks passing daily during peak periods such as in the run up to Christmas."