The UK faces higher prices next if a tariff-free trade deal cannot be agreed with the EU, according to the British Retail Consortium. 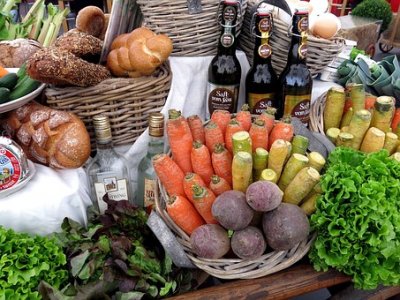 Around 80 per cent of food imports into the UK comes from the EU, which also plays a key supply chain role in items such as clothing and homeware.

The latest round of trade talks over a Brexit deal broke up last week without agreement.

And the Government's tariff schedule without a deal will see 85 per cent of food imports facing an average tariff of more than 20 per cent.

The BRC's director of food and sustainability Andrew Ope said: "The next few months are critical to the living standards of millions of people in the UK.

"Without a tariff-free deal with the EU, the public will see higher prices in supermarkets from next year, squeezing millions of families already impacted by the current economic downturn.

"This is not the fair deal consumers were promised."

He continued: "Many UK shoppers experienced disruption in the run up to lockdown - without a deal the public may face an even bigger challenge at the end of the transition period.

"The Government must put consumers first and agree a deal that avoids tariffs and minimises the impact of non-tariff barriers."