Television presenter Nick Knowles' conviction at Cheltenham Magistrates Court for speeding and using a mobile phone has sparked a war of words.

Mr Knowles' willingness to admit complete responsibility and throw himself at the mercy of the court was seen as a publicity opportunity by the county's police and crime commissioner.

Keen to use the case in the media to that show road safety was paramount and Gloucestershire Police would prosecute anyone who behaved otherwise, Martin Surl posed for pictures with Mr Knowles. 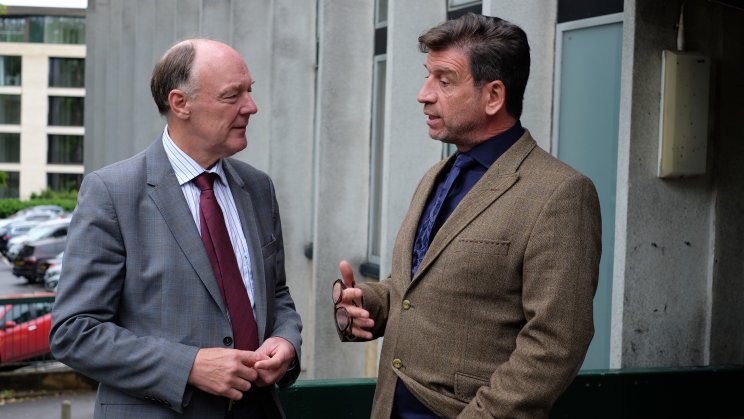 A press release and that image duly sped (legally, we might add) to the media to deliver the message, but it found itself on something of a collision course with Liberal Democrat councillor Jeremy Hilton, who duly countered with his own release.

When Mr Surl posed for the picture he breached Section 41 Criminal Justice Act 1925, which makes it an offence to take any photograph "either in the courtroom or its precincts", said Mr Hilton's release.

Cllr Hilton, leader of Gloucester Liberal Democrats, said: "It struck me that the balcony immediately outside Cheltenham Magistrates' Court is part of the building, which means it is classed as the court precinct.

"It is against the law to take photos either inside a courtroom or in its precincts.

"You would hope that as a former police superintendent and now the county's police and crime commissioner, Mr Surl would know the law.

"The penalty on summary conviction is a fine not exceeding £1,000.

"I would think it is highly unlikely that Mr Surl would be prosecuted, but it is embarrassing. He really should know better."

Mr Surl's office then countered with its explanation.

"Permission was given by on-duty security for photography while we were speaking outside the court building itself.

"However a photo opportunity was not the intention of my visit - I went to court to show my appreciation to Mr Knowles for being honest and so public spirited.

"I want more motorists to accept their responsibility to other road users as he did. That's the message I want to get out."

BBC presenter and DIY SOS host Nick Knowles was banned from driving for six months under the totting-up procedure and fined £1398 plus costs.