Next phase of plans to build 1,500 homes near Brockworth set to be approved

Plans to build the next phase of 1,500 homes on a parcel of land between the A46, A417 and M5 motorway close to Brockworth will become reality next week.

Tewkesbury Borough Council's planning committee will meet on July 16 with the second of the reserved matters application for the Perrybrook development on their agenda.

The plans in question would see 240 homes, public open space and infrastructure built on land noted as Phase Five of the 76-hectare plot that has already received outline planning permission. 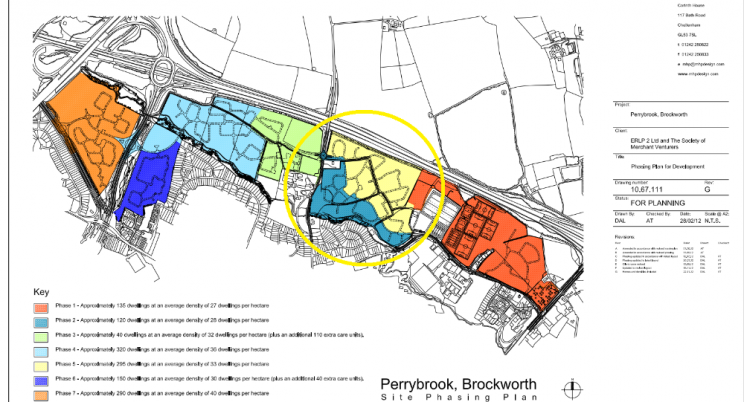 And now it has been marked as for delegated approval by planning officers ahead of formal ratification by elected members at next week's planning meeting.

The site in question is bound by the A417 to the north and the Horsebere Brook to the south. Court Road/Brockworth Road form its western boundary and Brockworth RFC to the east.

The entire development for 1,500 homes, community and retail facilities, 22,000m2 of industrial units forms part of the Joint Core Strategy that was ratified in 2011.

That meant that the green belt designation of the land was removed. 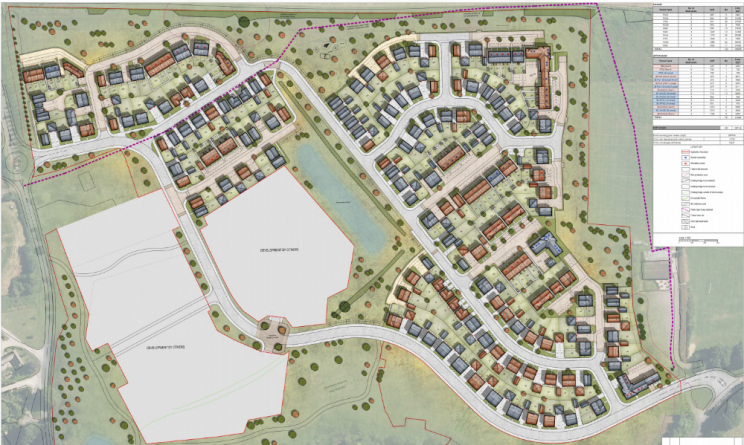 Plans for Phase Three of the development, that included 225 dwellings, open space a play area and infrastructure being built were approved by Tewkesbury planners in May of this year.

Last month, the plans for Phase One were also submitted. That application was for 135 homes to be built on the eastern edge of the site, closest to A46.

Due to the Section 106 agreement made between the developers and Tewkesbury Borough Council, 40 per cent of the dwellings on the site must be listed as 'affordable.'

Of the proposed development which would range from one-bed apartments to five-bed houes, 78 of the 240 dwellings would be affordable.

This phase of the development would be built by Taylor Wimpey. The Phase that was approved in May will be built by Linden Homes.