A brand-new short animation has been unveiled by Gloucestershire Energy from Waste Facility, along with a time-lapse of the incinerator being built.

The animation explains how the facility operates and the journey household residual waste undertakes to power our homes.

Once at the facility, residual waste is burned at 1,000 degrees celsius and the energy is used to turn water into steam. Under pressure, the steam drives the turbine and generator to create electricity for the National Grid. 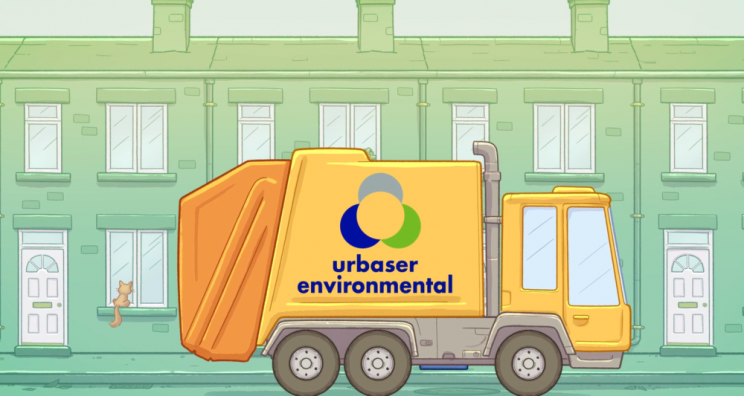 The residue after combustion is called bottom ash, and is used to make new roads and buildings, but first any metals are extracted from it and recycled. The emissions from the process are cleaned and monitored to ensure the facility is having the least impact on the environment possible.

Dan Pearson, general manager at Gloucestershire Energy from Waste Facility, said: "We're delighted with our animation. We get a lot of questions about what we do here, how we turn waste into energy and, ultimately, how it is helping the environment. It is a complex process so we are pleased that this video provides a resource that simply and effectively explains the process.

"Each year, the Facility generates enough electricity to power the equivalent of around 25,000 houses across Gloucestershire, saving carbon in the process."

A further video shows a time-lapse of the site's construction, from groundworks beginning in July 2016 to the finishing touches being added in August 2019.

Cllr Nigel Moor, cabinet member responsible for waste at Gloucestershire County Council said: "It's great that we have a visual way to show people what happens to their waste while we are unable to open the Visitor Centre.

"Gloucestershire Energy from Waste Facility treats the county's waste that can't be recycled, ending the council's reliance on landfill, and cutting our carbon emissions significantly. It's also another useful reminder for people to recycle as much as they can."