Gloucestershire Constabulary is the first and only police force in the UK to start using a new mobile 'search pole' to help detect hidden knives.

The state-of-the-art knife pole will be used during major events and will support the police and crime plan priority, Safer Days and Nights, when used as part of the night-time economy in Gloucestershire.

The full-body scan system is completely portable, takes up very little space, and is a more sophisticated replacement for the force's 20-year-old plastic knife arches.

Known as a TR360, the pole takes just 60 seconds to assemble. It will be used by officers throughout the force to tackle knife crime across the county, from protecting revellers in pubs and clubs at night to ensuring additional safety at major events and festivals. 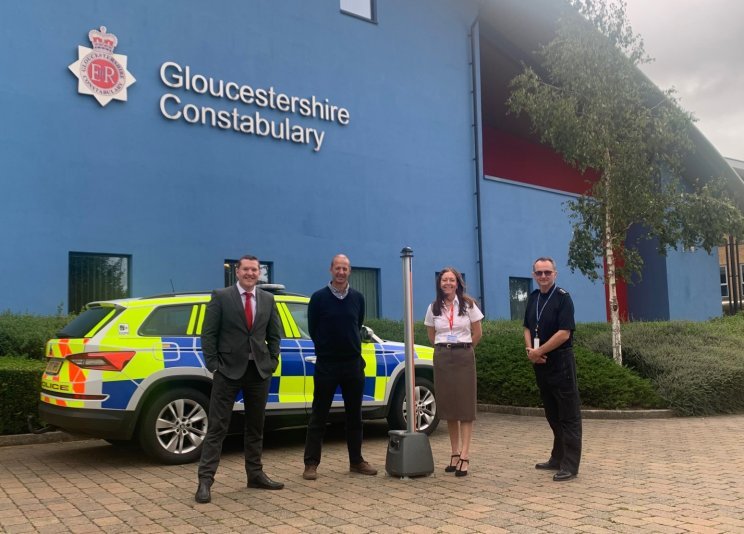 Partner agencies will also be able to borrow it for use at events that they are running.

The poles are currently used by security staff at airports, but Gloucestershire Constabulary will be the first police force in the country to use one.

It will be rolled out in the next few weeks, in time for the start of a national operation tackling knife crime.

Chief Inspector Roddy Gosden, night time economy lead for the force, said: "This is a fantastic piece of equipment that will help in our fight against knife crime.

"Although there is not a big problem in Gloucestershire, we want to be proactive in keeping people safe wherever they are.

"This will be a massive help to all our officers, from our Special Constables to our Neighbourhood Policing Teams, in continuing their great work in protecting the public."

He said: "This is a huge step up in technology from our current knife arches, keeping us at the cutting edge of fighting crime."

Martin Surl, Gloucestershire's Police and Crime Commissioner, said: "Gloucestershire is the sixth safest place to live in the country, but I'm pleased the constabulary is not complacent when it comes to violent crime on the county's streets.

"We have always been in support of early intervention projects and initiatives, and this state-of-the-art knife pole demonstrates the constabulary's commitment to my Police and Crime Plan priority - Safer Days and Nights."