The museum, previously known as the Folk Museum for Life is set to be taken over imminently by the Gloucester Civic Trust. 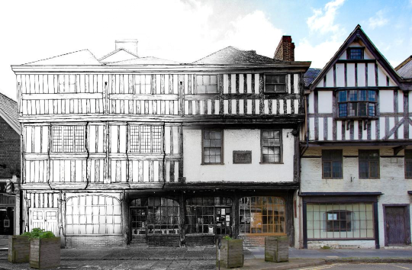 And ahead of that move occurring, a new manager has been appointed - becoming the first person ever to be employed by the Trust since it began in 1972.

Nicolette Hamilton, has worked as a community partnership co-ordinator for the British Museum for two years and having recently moved to Gloucestershire, has agreed to take up the role.

The Folk of Gloucester, which is a row of medieval timber framed buildings in Westgate Street, will be a venue for events and exhibitions.

Alex Bailey, Trustee of the Gloucester Civic Trust and Chairman of the Folk Committee said "We realised very quickly that we needed someone with the professional background and suitable experience to take on the management of The Folk and we have found just the right person in Nicolette."