An eleventh-hour battle is raging to save the planned 'missing link' scheme for the A417. 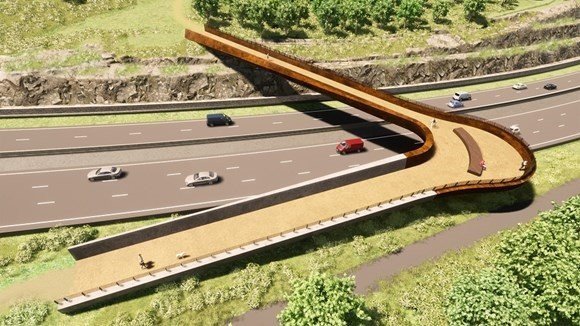 A preferred option, costing up to £500 million, between the Brockworth bypass and Cowley roundabout, would see the single lane stretch upgraded to a new dual carriageway.

Poor visibility and other factors mean this 'missing link' is a notorious accident blackspot.

It also leads to frequent congestion, with significant 'rat running' through Birdlip and nearby villages, making for dangerous conditions for locals and poor air quality.

After 20 years of campaigning and wrangling an 'Option 30' route has been endorsed and the Planning Inspectorate has launched a public examination of the plans with comments to be submitted by 14th December.

That has prompted the scheme to come under a fresh last minute attack.

Now two rival groups of residents are battling it out with online petitions, amid fears that the upgrade could be lost altogether.

Residents in Cowley, calling themselves StopOp30, have launched an online petition saying the plans are 'an old answer to a new and changed world' and have so far gathered 515 signatures.

The residents and their supporters see the planned new road as 'environmentally destructive' and want National Highways to adopt an alternative.

But the rival petition, with 1,225 signatures, is calling on supporters to help them 'push the A417 Missing Link scheme over the line'.

They say that after five years, Option 30 has been chosen as the preferred route and this option moves the current road, 'making it safer and more environmentally friendly'.

Work is due to start in Spring 2023 and they fear any further setbacks could jeopardise the scheme.

Rebecca Kennedy said: "We need spades in the ground in 2023 to meet the completion deadline. Any delay could scupper the whole project, as funding may not be available.

"These eleventh-hour objections are ostensibly based on the 'environment', but sadly don't come across as genuine."

*These videos were created in 2018 and featured online.

More support for new option for A417 improvement scheme (March 2018)

Warning: Major road upgrade on the way for Birdlip (August 2018)

VIDEO: Take a trip along the A417 'Missing Link' through Gloucestershire (September 2019)