Following a successful pilot in London earlier this year, HSBC is set to roll out new technology to cut down ATM fraud.

An investigation triggered by an increase in the number of reported cash machine failures late last year suggested cash trapping criminals were targeting a number of ATMs in central London.

Cash trapping is one of several types of ATM fraud, and it's not always easy to spot. Criminals will tamper with an ATM, preventing money from being dispensed to customers and making it appear as if the machine had simply gone out of service, leaving customers frustrated. The criminals then later return to collect the cash that had been trapped in the machine. 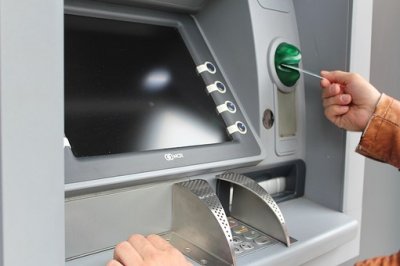 The results were impressive, with a 50% decrease in ATM cash trapping losses to criminals in the central London area.

Richard Harrison, head of branch network, HSBC UK said: "Protecting our customers against the distress and inconvenience of ATM fraud is very important to us.

"We've now deployed the new technology to cash machines across the country, helping deter fraudsters and in turn improving safety and service for the public who rely on our ATM network."

 Never divulge your PIN to anyone, not even the bank or police, and always shield your hand when entering your PIN into a cash point or ATM keypad.

 Always look closely at the card insertion point of a cash machine before using it. If it looks like it may have been tampered with, do not use it and call your bank if it is safe to do so.

 If an ATM fails to dispense your cash, unexpectedly retains your card or appears to become "out of order", contact your bank while still standing at the cash machine if it is safe to do so.

 Save your bank's phone number (usually found on the back of your card) into your phone's contacts, so you'll have it handy should you ever need it.

Attacks on cash machines are on the rise. There were 723 attacks on ATMs in 2017, compared to 400 in 2014. Just last month, a cash machine was ripped out of a Londis convenience store in Bourton-on-the-Water, before being dumped. This follows a spate of similar incidents across the Cotswolds in recent years.

Punchline said: "While this new technology to prevent theft is undoubtedly good news, there is still a real issue of cash machines disappearing from our high streets, and particularly rural areas. ATMs are closing down at a rate of around 300 a month, which is bad news for the two million people who rely almost exclusively on cash every day."

While cash payments are declining, only a minority of people are completely cashless.