Muskets to be drawn and fired in the centre of Gloucester

Muskets will be drawn in King's Square next weekend as the Cavaliers and Roundheads renew hostilities.

Soldiers from both the royalist and parliamentary forces will be brandishing their pikes and muskets in the centre of Gloucester from 11am on both Sunday, August 25 and Monday, August 26.

But it's not because the events of the 17th century have been reignited because of the battle over Brexit - it's merely a series of re-enactments from the English Civil War Society. 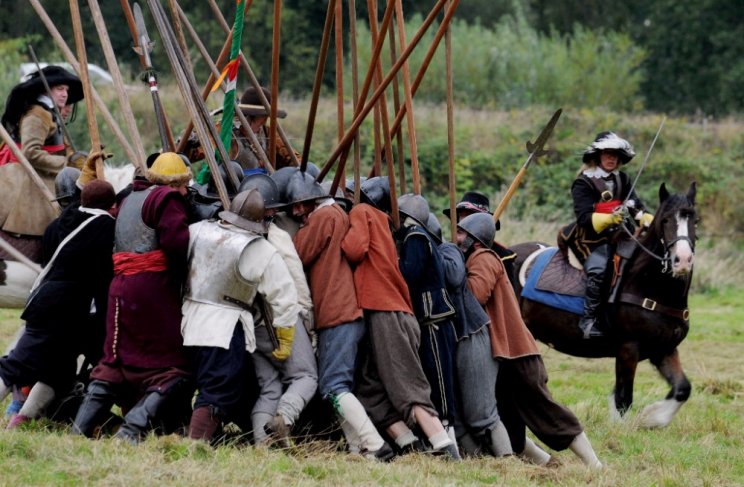 More than 200 re-enactors - plus their horses - will be taking part in mock battles, living history camps and musket firing drills across the city.

Following last year's 375th anniversary of the Siege of Gloucester, Marketing Gloucester and Gloucester BID, have organised a weekend of historical displays and interactive experiences.

In King's Square at 11am, you'll find soldiers performing musket and pike drills and learn about the complex infantry weapon-handling techniques and battlefield formations.

And in Gloucester Park at 2.30pm, the Royalist and Parliamentary formations will clash in a pitch battle featuring cavalry charges, cannon fire and infantrymen in hand to hand combat.

A living history encampment in Brunswick Square (11am - 5pm) will allow members of the public to explore what life was like for ordinary people during the turbulent years of the mid-17th Century.

Visitors will be able to interact with people from all walks of life including blacksmiths, tavern landlords and even mercenaries.

They will also be able to discover what type of food that would have been eaten, try on a pikeman's armour or handle a matchlock musket.

The siege of Gloucester was on August 10 1643 when King Charles I's 35,000 strong army tried to capture the city, which was the last parliamentary strong hold between the South West and Lancaster.

The city's location on the River Severn meant that it could disrupt supplies from Wales. G

loucester was defended by a small garrison of around 1,500 men commanded by Governor Edward Massey.

The garrison and the citizens of Gloucester bravely held out for a month before the siege was lifted with the arrival of the Earl of Essex on 5 September - a day we now celebrate as Gloucester Day.

This proved a turning point of the war as Essex went on to defeat the King in the Battle of Newbury.

Karen Pearson, Festivals and Projects Director at organisers, Marketing Gloucester, said: "The 'Siege of Gloucester' is an opportunity to immerse yourself in 17th Century life in Gloucester.

"The Living History encampment in Brunswick Square is a must visit for all ages.

"The cannon and musket fire from the drill displays and the battle re-enactment will give you an idea of the ferocious noise that the people of Gloucester had to endure during the real-life siege."