When developers talk about 'challenges', what they are really saying is that issues you and I might consider insurmountable are do-able.

Adrian Goodall's calm summary of the task facing him on phase two of his Gloucester Quays project probably comes from his years of experience with projects whose 'challenges' would leave most shaking in their steel toe cap boots. 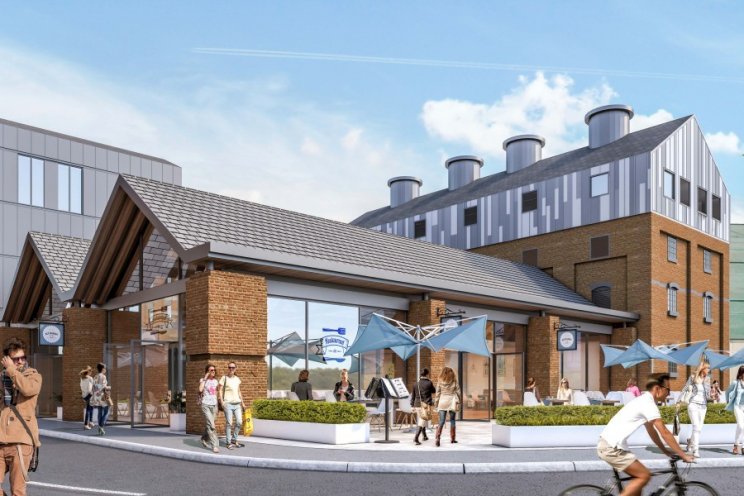 Phase one of the renaissance of the formerly derelict, dilapidated and downright decrepit warehouses into the residential, retail and recreational quarter around Provender Mill bookending the south of Gloucester Quays is the work of Rokeby Merchant .

And that business is now rolling on its second leg of the journey - the £20 million plans to breathe new life into the remaining waterside red-brick Victorian warehouses and grain storage buildings on the Bakers Quay site.

The designs are expected any day now.

These being Downing's, the Malthouse and Transit Sheds - towering red-bricks dating from 1876. Phase one - 47 flats (all sold) and then some - centred around Provender warehouse and included the 104 bed Premier Inn hotel, Beefeater restaurant, Costa Coffee and 30,000 sq ft of restaurant accommodation.

Fellow developers will sympathise - planning for phase two was already won, but a change in the balance between retail and residential on the scheme - originally 42 apartments with 18,000 square feet of café and restaurant space - meant a re-think was needed.

The result - less retail, more dwelling space. Good news for those seeking a new home and investors seeking new opportunity in a development area which has transformed the city's image and created a destination. 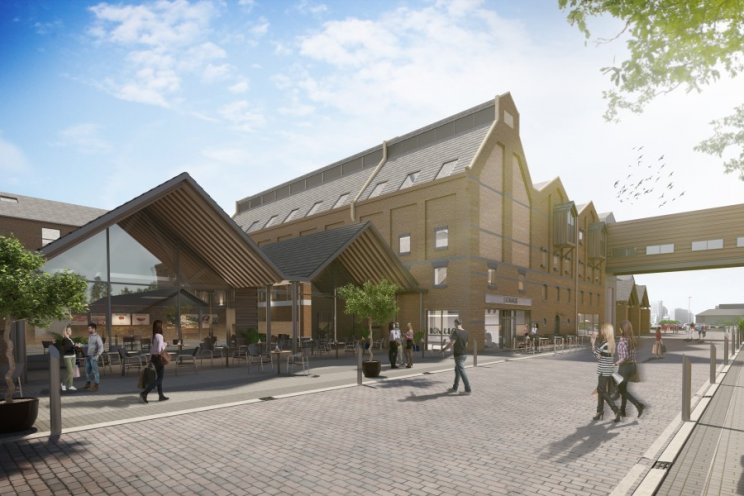 Plans now include 70 apartments, and there is talk of balconies, amazing rooftop views from the penthouses, lots of modern glass-meets heritage, and even extra parking.

It is hard to demonstrate just how difficult the project will be.

Take Downing's warehouse - opened as a malthouse for George & William E Downing from Smethwick in 1876, it might look strong enough to withstand another 140-plus years plus. 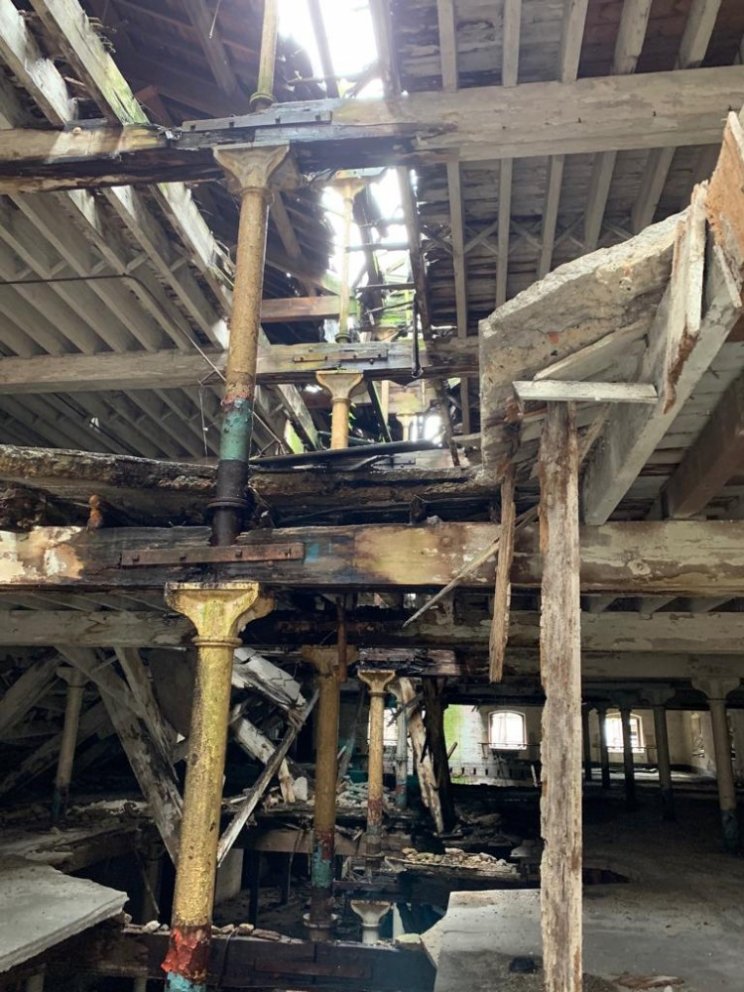 But inside it is propped up with the debris of collapsed giant timber beams, brickwork, steel pillars, old flooring and rubble.

Plans are to remove this, salvage as much re-usable materials as possible, and incorporate it into the apartments which will reflect the strapline that has become associated with the Gloucestershire-based business - 'affordable luxury'.

Particularly taxing will be demolition works to the post-war concrete silo adjacent to the Victorian warehouse. But it is this element which gives the opportunity to marry the period red-brick and steel with something

'Affordable luxury', obviously being a relative term, but with prices of the one and two-bedroom flats being significantly below sought-after near-neighbour Cheltenham, and with promise of support from the 'help to buy' scheme for first timers, the term seems apt.

Downsizers and families are also expected, if the eclectic mix that took up the opportunity in phase one is anything to go by.

No identikit flats here - fixtures and fittings will be high-end, perhaps marble worktops, quality taps, a mixture of styles incorporated from a 'mood board' sparkling with inspiration.

"We have had a successful phase one. The biggest challenges are still to come," Mr Goodall said.

"The biggest is Downings. If you wanted an easy ride you would demolish the lot, on the basis it will probably fall down, and put a new block there," he added, using the 'challenging' word again, in that way which gives you confidence he has it all in hand and the rest of us can relax.

"First, that means making the building safe. Work actually started last October. The scaffolding is now near completion. We then need to take off the roof. 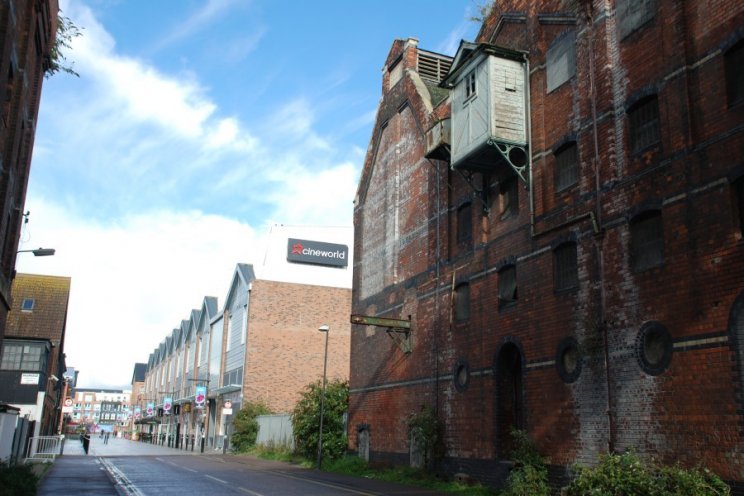 "You can see some of the challenges if you look outside and look up. You would be concerned about a heavy snow fall on the roof, but we aim to dismantle it before it collapses."

But turning to the positive.

"We feel the whole ethos of Rokeby Merchants is the heritage. By going the extra mile to keep the structure, a new building inside will be worth doing.

"We will try to salvage the cast iron columns to incorporate back into the structure, so from the layman's point of view, the building's challenges will have been tamed."

Mr Goodall worked on the centre of Newcastle Quayside's rebirth, after delivering major Docklands projects in London - projects mind-boggling in their ambition and scale.

By way of explanation, and assurance, and to just how far Merchant Rokeby will go to retain the valuable heritage, deliver buildings fit for purpose and every possibility of a vibrant community thriving as a result, is in the firm's recent past.

"We saw different challenges at Swadlincote. People were not spending there. We had to think around the project and bring in anchor food stores, a five-screen cinema, and that meant widening the centre," said Mr Goodall.

Which meant removing 50,000 square metres of hillside. When they found uncharted mines during excavation that all needed to be dealt with as well, using "a significant amount of their contingency fund to put it right".

Dealt with it was. Rokeby worked in conjunction with Peveril Securities on the £17 million mixed-use town centre development which included 80,000 sq ft open A1 retail, Odeon Cinema, 23,000 sq ft bars and restaurants and 39 new homes adjacent to the existing high street.

"You have to do the job right for it to work long term," he reflected.

"with over 1,000 visitors a day, significantly enhancing the vibrancy of the entire town centre".

To find out more visit rokebydevelopments.co.uk