More than 1,200 mourners gather for funeral of Nell Gifford

Film star Helena Bonham-Carter joined 1,200 mourners today at the funeral of circus founder and performer Nell Gifford, who tragically died from breast cancer last month at the age of just 47. 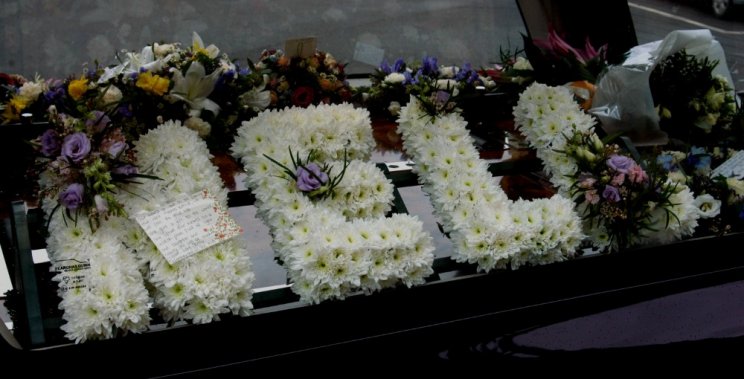 Helena, a good friend of Nell's for the last 14 years of her life, read 'Prospero's Farewell' from Shakespeare's play The Tempest at the funeral in a packed Gloucester Cathedral.

The actress was among many who paid heartfelt tributes to Nell at the time of her death. She called Nell a 'living legend' and a 'superwoman'. 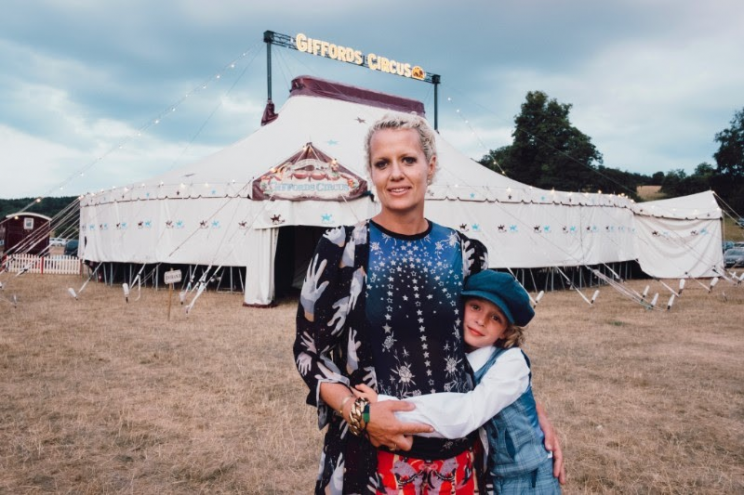 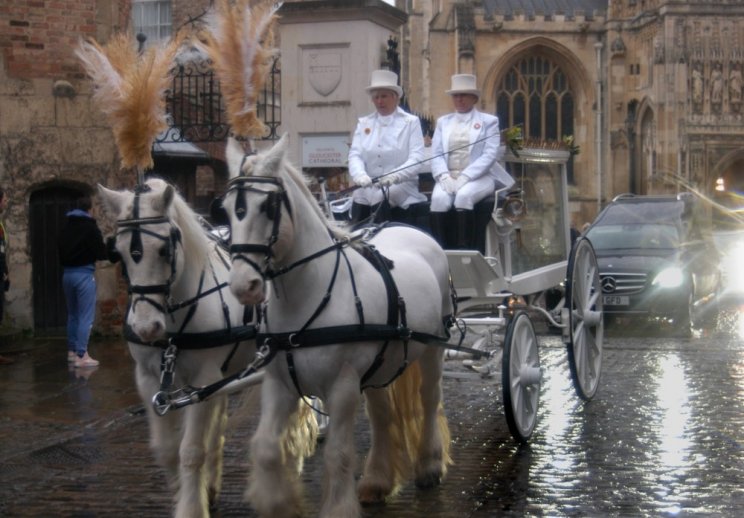 During the service, tributes were paid to Nell by her circus director Cal McCrystal, her TV director father Rick Stroud, and a close friend, historian and university lecturer Hannah Dawson.

Mrs Gifford was described by Mr McCrystal as 'the most amazing person I've ever known'.

In his eulogy he told mourners "Nell will be beside us in circus in the future every step of the way."

Nell had been surrounded by family members and fellow circus performers when she died on December 8th after battling cancer for four years.

The Circus she founded with her former husband Toti Gifford is celebrating its 20th anniversary this year. 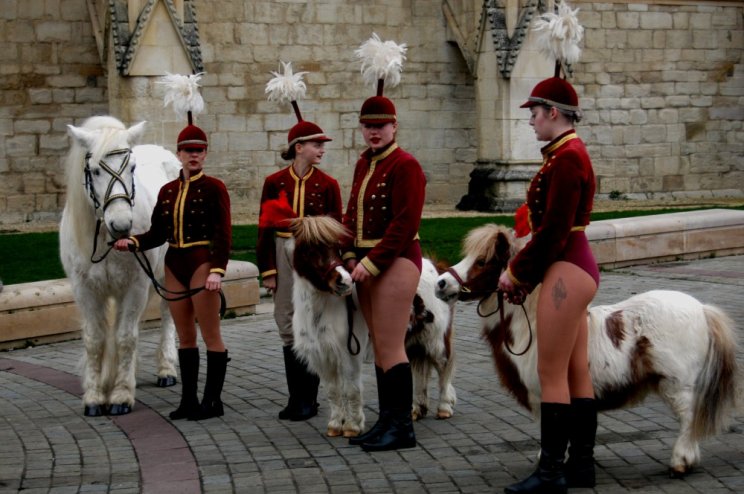 She is survived by her twins Cecil and Red.

At the start of today's funeral, the Dean of Gloucester, the Very Rev Stephen Lake, said "This is no ordinary funeral. Nell had the cathedral to herself overnight.

"Nell deserved a really big top. The cathedral is the biggest top we could find!"

Mr McCrystal said "Nell earnt her stripes from an early age. She did all the menial jobs like mucking out the horses.

"As a schoolgirl she had a dream to own a circus. It was her passion.

"Her first show was at Hay Festival and this was followed in the next three years as the Gifford Circus. 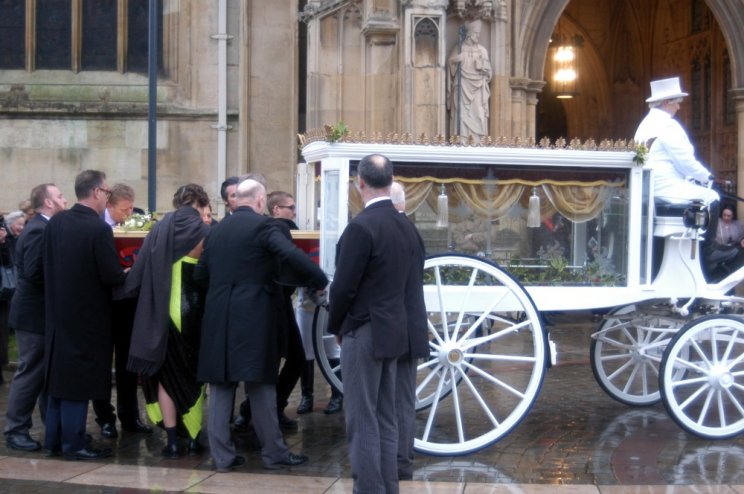 "People often ask where did she get the ideas for the themes from? She would often respond by saying it was poetry and art.

"But in reality, one of the children summed it up: 'Mummy and Cal go into the kitchen and have a row. They later emerge with a new idea.'

"Nell was very practical. Before most of us have had breakfast, she would have already worked the horses.

"I still think of the things I want to tell her. She was quite simply the most amazing person I've ever known.

"I recall her in her green gown performing in a chemo-floating appearance when she was suffering from cancer she was still laughing hysterically, it suited her. 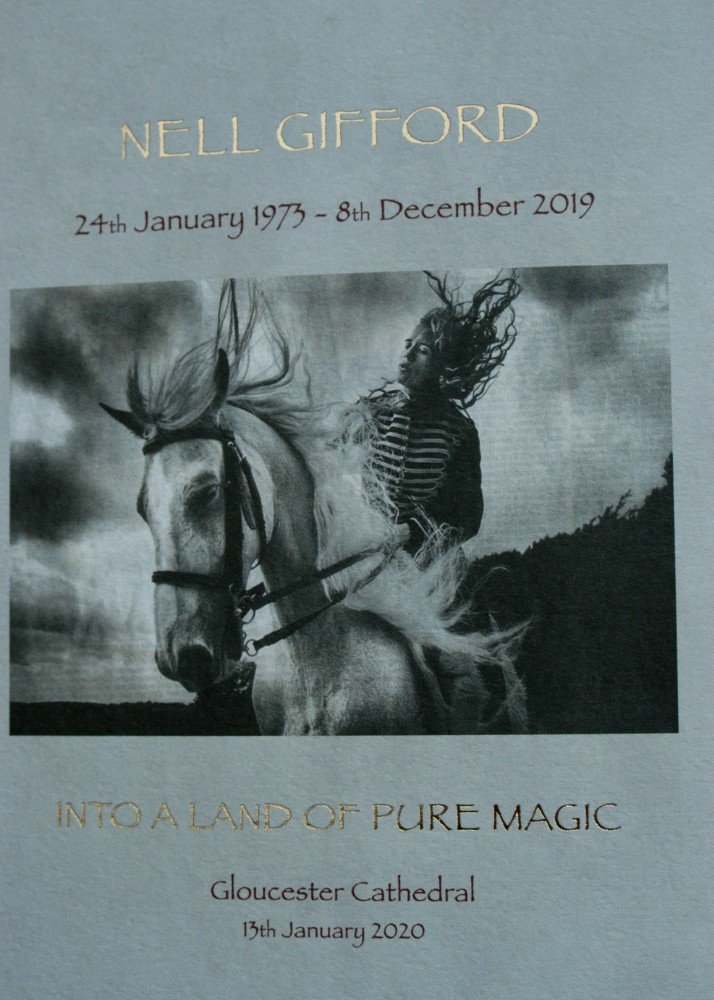 "Nell will be beside us in circus in the future every step of the way."

Hannah Dawson said: "Nell had the ability to turn something mundane into something magical.

"She was driven by personal loss, she always wanted to bring the past into the present - instant nostalgia.

"In hospital she asked the doctor was she dying? The doctor responded, 'yes'.

"How long have I got' she enquired. The doctor said one day. She had empathy for her cancer.

"She was the strongest she had ever been at this point and laughed, something she did even in the face of adversity.

"Nell created the stuff of dreams. Even when her cancer struck, she found the seeds of her second spring."

Nell's father told the congregation: "As a 14-year-old she designed a circus poster with all the elements that she thought should be in a big top.

"She described it having an array of animals, a Shetland pony, tame sheep, horses of course, along with an egg and spoon race with real eggs, everybody dressed up with fairground music. 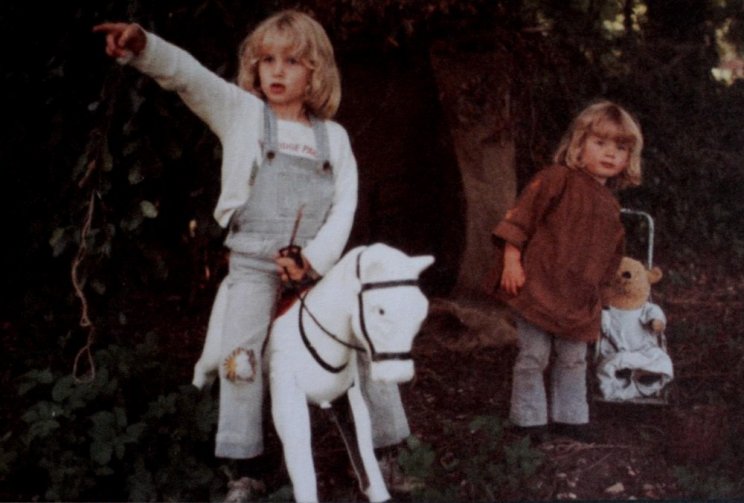 "And dangling from the roof would be a galaxy of stars."

There was silence in the Cathedral as Helena Bonham-Carter read the Shakespearian passage Prosper's Farewell:

"Our revels now are ended. These our actors, as I foretold you, were all spirits and are melted into air, into thin air.

"And, like the baseless fabric of this vision, the cloud-capp'd towers, the gorgeous palaces, the solemn temples, the great globe itself, yea, all which it inherits, shall dissolve.

"And, like this insubstantial pageant faded, Leave not a rack behind.

"We are such stuff as dreams are made on, and our little life Is rounded with a sleep."