Mock Mayor sworn in ahead of Gloucester Day celebrations

A face mask in return for a Polish sausage were exchanged between the Mayor of Gloucester and the city's Mock Mayor of Barton at a tongue-in-cheek ceremony.

Jaroslaw Kubaszczyk, leader of the city's Polish community, was re-elected for a second term as the Mock Mayor and official Mayor Councillor Kate Haigh presented him with a topical gift of a face mask embossed with the city crest.

In return, Mr Kubaszczyk handed her a foot-long Polish sausage as part of the ceremony which acts as a precursor for tomorrow's truncated Gloucester Day celebrations. 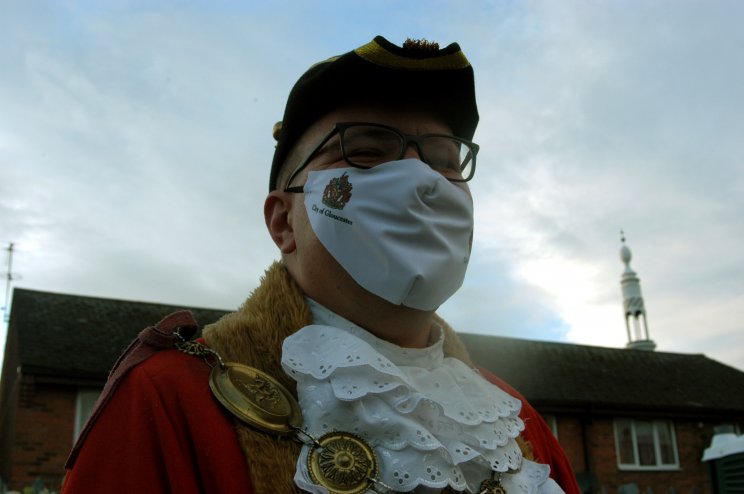 The office of Mock Mayor dates back to the reign of Charles II in the 17th century.

Gloucester supported Oliver Cromwell during the Civil War and the city endured a siege from Royalist forces in 1643.

When Charles II reclaimed the throne, he punished the city for its Cromwellian support by ordering its walls to be torn down.

The civic boundaries became much smaller and with the area of Barton without a mayor, its residents elected a Mock Mayor to poke fun at Gloucester.

The tradition continued for centuries and since being revived in recent years, the ancient Court Leet of St Mary have Barton community workers to the role, as well as local celebrities such as BBC Radio Gloucestershire presenters Mark Cummings and Pete Wilson. 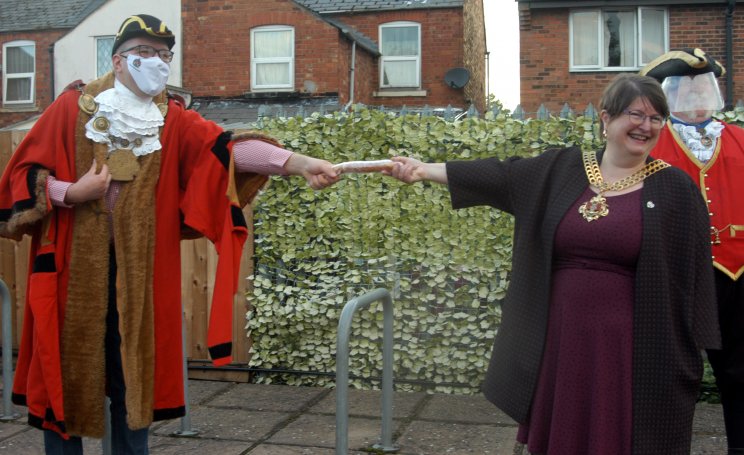 Mr Kubaszczyk's reign was curtailed by coronavirus pandemic restrictions so he has been given a second year in the role.

Mr Kubaszczyk said: "I really enjoyed the first part of my year at this prestigious post, until the coronavirus lockdown.

"I am really honoured to be appointed as the Mock Mayor for another year as activities slowly re-establish themselves and the local community can get back to something resembling normal."

Gloucester Day takes place on September 5, marking the anniversary of the day the Royalist siege was lifted 377 years ago.

The annual parade through the city will not take place this year, but market stalls will be positioned along the gate streets to mark the occasion.

The day will feature a one-minute Clap for Gloucester at 2pm to honour businesses, key workers and volunteers who have helped the city throughout the pandemic.

Other events include a living history event by the Gloster Garrison at The Folk of Gloucester and a finale at Tommy Nielson's Boat Yard and Gloucester Brewery at 3.30pm.