Mike Ashley to step down from Frasers board

Billionaire businessman, Mike Ashley, is to step down from the board of the company he founded 40 years ago.

Mr Ashley had already handed over the running of Frasers Group, owner of Sports Direct, to his son-in-law Michael Murray earlier this year, as reported by the BBC. 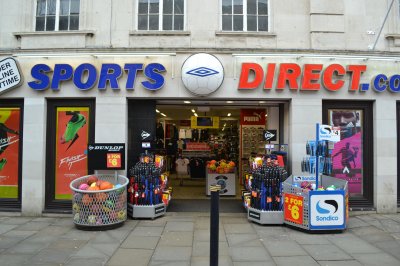 The retail group said Mr Ashley would not be standing for re-election as a director and will leave the board next month.

The company, which owns Cavendish House in Cheltenham and Sports Direct stores in Gloucester, Cheltenham, Cirencester and Stroud, also announced that Mr Ashley will provide £100m worth of funding.

In a statement, Frasers aid Mr Ashley would continue to be available to the board and management for advice "when called upon".

Mr Ashley has been one of the high street's most prominent figures since opening his first sports shop in Maidenhead in 1982. Sports Direct is now the UK's largest sportswear retailer, with more than 400 stores.

Mike Ashley took over House of Fraser in 2018 and in recent years has taken over a range of retail brands, including Jack Wills, Evans Cycles and GAME.