Journalists at Reach plc, parent company of The Citizen and Gloucestershire Echo newspapers and associated website gloucestershirelive.co.uk, are considering legal action against the company's decision during the pandemic crisis to enforce pay cuts, it was reported in The Guardian.

National and regional newspaper staff are said to be angry that their wages were slashed by 10 per cent at the start of April 'without consultation or consent' and without comparable reduction in productivity expectations. 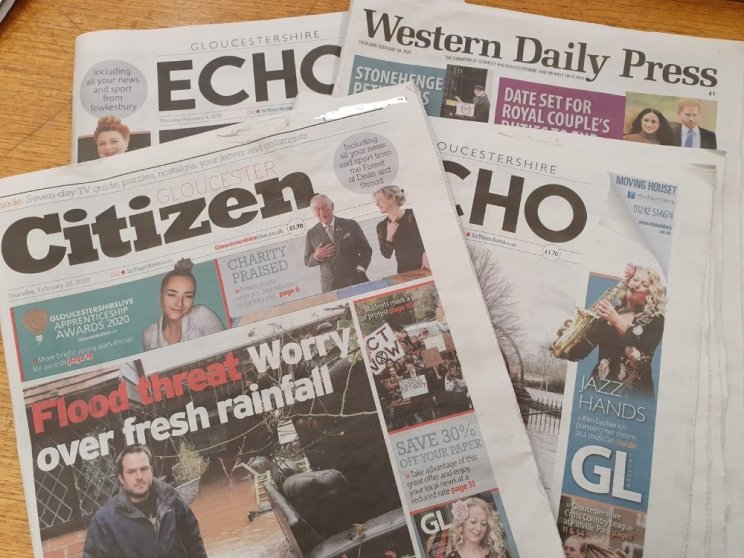 When COVID-19 hit, the company took the decision to put staff on furlough and cut wages.

Three journalists at gloucestershirelive.co.uk were placed on paid leave.

Chief executive of Reach plc Jim Mullen, who joined the company in 2019, said at the time that the changes were 'proactive measures' to protect jobs in the long-term. But they came just days after bonuses for shareholders had been announced.

The National Union of Journalists has told journalists it is looking for support for a collective grievance case uniting the company's national titles with more than 100 regional outlets.

Reach withheld final shareholders' dividend payments and deferred payments to pension funds as a further move to plan for the future. But, despite this, the NUJ criticised the company for holding a strong cash reserve of £33million while thousands of staff had been told to make financial and personal sacrifices.

Union officials said: "Our advice is that, on the face of it, the company is clearly in breach of contract and has opened itself up to an unlawful deduction of wages claim by cutting our pay without our consent.

"Our members have suggested various ways that the company could recompense us for the money that we have lost. But if we can't reach agreement then ultimately the grievance will allow us to consider taking legal action on behalf of those covered by it."

A Reach spokesperson told The Guardian: "Following sector-wide declines in circulation and advertising resulting from the COVID-19 crisis, we have regrettably had to take proactive measures at all levels on pay reduction and to suspend annual bonuses for 2020 to protect jobs and to protect the Reach business for the long term.

April Group revenues were down 30.5 per cent and there continues to be uncertainty around the severity and length of the crisis."

Punchline is not clear at this moment whether any journalists at The Citizen, Gloucestershire Echo and GloucestershireLive will be joining the action.