Jeremy Williamson is stepping down as managing director of the Cheltenham Development Task Force as it changes into a new organisation focused on recovery. 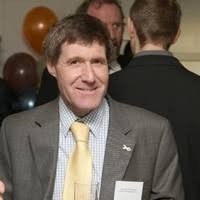 Mr Williamson will leave his post at the organisation, which has overseen development planning and delivery, from July 16.

He previously held a similar position with the Gloucester Heritage Urban Regeneration Company.

He said: "Initially established for a three-year run, the Task Force has outlived all expectations having operated successfully for more than a decade.

"That is thanks to a combination of factors including unstinting support for members and, critically, Graham Garbutt as chairman, solid commitment from Cheltenham Borough Council and partners such as Gloucestershire County Council, Cheltenham Chamber and Homes England.

"That and the level of trust developed between the Task Force and the wider investrment/development industry has encouraged major inward investment."

The Task Force has been at the heart of a period of huge change in Cheltenham with projects such as The Brewery Quarter, the replacement of the Beechwood Shopping Centre with John Lewis, the newly started West Cheltenham Transport Improvement Scheme and the proposed Cyber Central development.

He said: "His outstanding energy and skills are the central reason for such impacts we have achieved.

"He has worked with a vital network of investors, developers and professionals, together building and maintaining confidence in Cheltenham's future.

"Jeremy has decided to retire and he deserves - and has - all our gratitude fo his major contribution to the town."

On the change of emphasis, he continued: "New challenges now create the need for a new focus.

"The current plan is to create a Recovery Task Force with that new focus. We wish it every success."

He said: "Outside business circles, not many people the impact he has had, not just on Cheltenham but on the regeneration of Gloucester.

"We can all be grateful for his hard work and dedication. He has been an amazing ambassador fo the county.

"He is not the type to shout about his achievements, but we are more than happy to do it for him."