A disturbed 37-year-old man who terrified two female Community Police Support Officers and threatened to kill them while armed with a knife outside Gloucester train station has been jailed for two years. 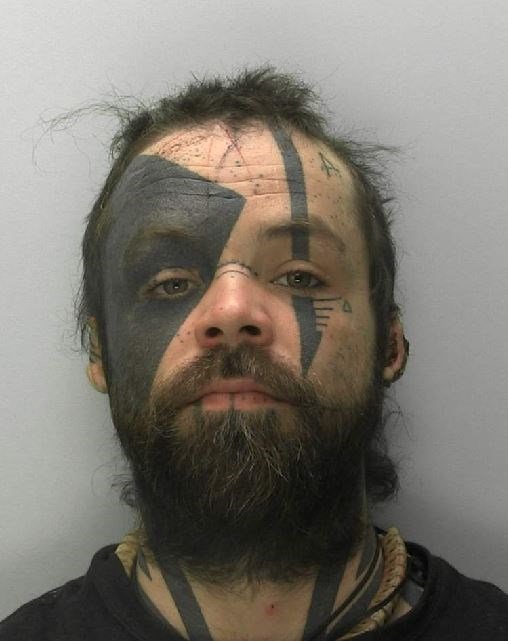 Grant Stevens of Eastcourt Road, Bristol, pleaded guilty at Gloucester crown court on Friday to threatening to kill CPSO Suzanne Sexton and CPSO Rachael Addinall on June 17th this year. He also admitted being in possession of a knife on the same occasion.

Prosecuting barrister Janine Wood said "The two CPSOs were at the station looking for a missing person when they saw the defendant in some bushes by the car park.

"They went over to check if he was the missing person and he jumped out of the bushes, waving a knife and a stick, and strode towards them aggressively."

Said the barrister: "The two officers were terrified for their lives and the defendant shouted that he was serious and he again said that he was going to kill them."

The officers pressed their panic buttons and returned to their marked police car.

Other police arrived at the scene and tasered the defendant, who fell to the floor and was arrested, the court heard.

CCTV footage of the defendant jumping around, wielding the knife and stick and finally being tasered and arrested was shown to the court.

In a victim's impact statement officer Sexton said "I was very scared as I was faced with a man with a knife.

"He had cut his own ear with the knife and after he was arrested, I tried to treat the wound, which was bleeding a lot.

"I feared for my life and we had retreated to our vehicle because we did not want to die."

Said officer Addinall: "I feel very shaken and I honestly thought this man was going to kill me.

"This was completely unprovoked and i feel sick to the stomach."

Stevens had five previous convictions, two for assault and one for assault occasioning actual bodily harm.

"He had stopped taking his medication but he now realises that he will have to take it for life. When he takes it he is a completely different man.

"He is now stable and is disgusted by what he did."

Earlier the court heard that Stevens admitted he did not like the police and had a problem with people in uniforms ever since an incident some time ago.

Judge Michael Cullum told him: "The two unarmed female officers were very distressed at your agitated behaviour and seriously thought that you were going to hurt them.

"You were clearly in a state of personal mental health crisis at the time and had stopped taking your medication."