A man who tried to kidnap a 13-year-old girl on a canal path near Stroud has been jailed for five years and nine months. 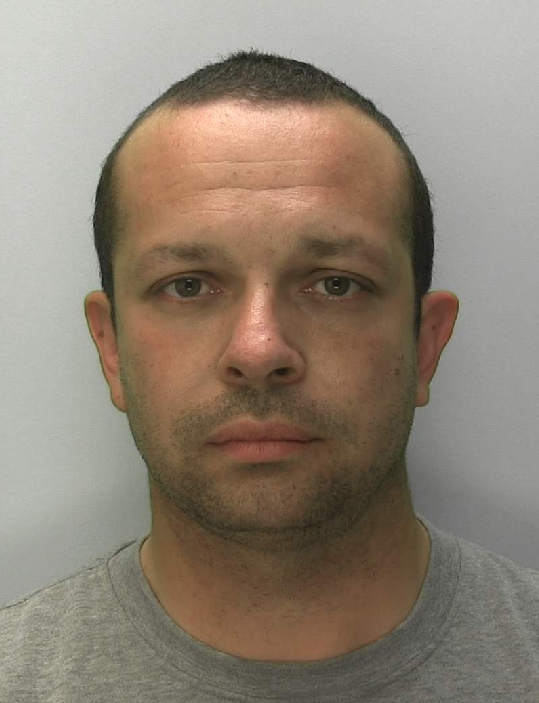 Robert Hall, 37, of Woodlands, Leonard Stanley claimed he was being told by voices in his head to snatch the girl.

But his explanation was rejected by a judge at Gloucester Crown Court during a 'trial of issue' to determine the extent of his guilt.

The court heard Hall pounced on the girl and put his hands over her mouth after she ran past him on a footpath alongside the Thames and Severn Canal in Chalford.

He dragged her into a wooded area but she struggled, screamed and managed to break free.

Hall admitted attempted abduction of the girl in June.

As well as the jail term the judge, Recorder James Waddington QC added a four-year parole extension - meaning Hall is liable to recall to prison after his release on licence until the end of 2030 if he breaches the terms of his release.

The court was told Hall was spotted acting suspiciously in the area of Three Grove Wood, just outside Chalford, the day before the abduction.

The next day he was seen in the village in his Toyota Yaris car, wearing a thick hoodie on a hot day. and witnessed chasing after a 19-year-old woman wearing red shorts.

Mr Thomas said: "She carried on running before she realised he was right behind her when he placed his hands over her mouth. He was wearing bright blue latex gloves, the girl recalls.

"A struggle ensued as the girl tried to remove his hands from her mouth - during which time he dragged her to a wooded area.

"She had the presence of mind to scream loudly but he kept telling her to shut up. She managed to struggle from his grip and break away and run to the nearest house for refuge. She contacted her friend, who she had spoken to while out running, and raised the alarm."

The court was told a woman had  witnessed the man chasing the young runner "at full pelt".

CCTV footage showed a silver Toyota Yaris leaving the area which was registered to Hall's partner and when the police went to her address, Hall answered the door and matched the description given by the witnesses.

The court heard Hall had been receiving treatment for mental health issues and had previously been an in-patient of Wotton Lawn Mental Health Hospital in Gloucester but he was deemed fit enough to plead to the charges in September.

Lloyd Jenkins, defending, said: "Hall was responding to voices in his head. He grabbed the girl, and this scared her."

Hall told the court the voices asked him "to do silly things".

He said: "I think the stress at work triggered the voices. I was not in a good place. I didn't contact my doctor because I felt I could deal with it myself. I am now on specialist medication and much more stable mentally.

"It is not true that I made these voices up. They were definitely real. They told me to take an overdose on a number of occasions.

"If I disobeyed the voices, they would tell me that I had been stupid."

He said he had gone to the village for a walk to clear his head after a stressful day at work on June 1 and returned the following day after more work issues and an argument with his partner.

"I was acting on impulse when I saw the girl," he said. "I followed her on foot. I caught hold of her, just as the voices had requested. That was it. I let her go.

"I was wearing a hoodie as it was my normal attire. I wore latex gloves because of the Covid-19 pandemic."

The court was told that Hall had two previous cautions for assaults on a woman.

Recorder Waddington said: "I am sure Hall planned his attack over a period of days. Whilst I accept his mental health has some bearing and relevance to this, I am certain he didn't act on the hallucinatory voices to seize the young girl. "

In sentencing Hall, he said: "This attempted abduction is deeply worrying for what could have happened. I believe you present a high risk of serious harm to the general public.

"In my judgement you have given this court a ridiculous story that flies in the face of the evidence.

"You denied trying to get her into the woods to commit an assault. However, I believe the voices were your own thoughts and were not hallucinations."

He continued: "Your victim was weaker than you and I am sure that had she not escaped, you would have gone on to commit a sexual assault. This was a terrifying incident on a young victim. She is now vulnerable and doesn't want to go out on her own.

"This is a particularly serious offence as it occurred in a remote area and shows how carefully you had thought about what you were going to do."

The judge also barred Hall from working with children and vulnerable adults in the future.