A man who attacked a Gloucester night clubber just because he was dancing with a much younger woman has been jailed for two years.

Prosecutor Nicholas Fridd said: "Mr Charles was dancing with his partner when Swiers approached him and said to him that what was he doing 'was disgusting as she was so young'. 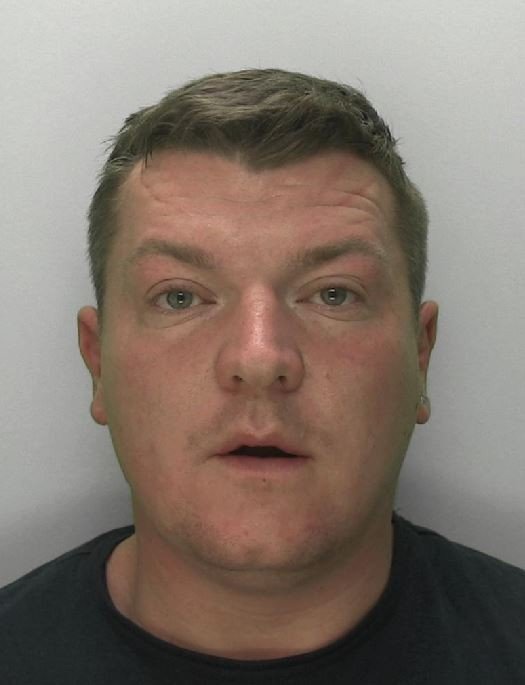 "He then punched him on hard on the face and the impact also led to the breaking of a substantial mirror in the venue.

"Mr Charles suffered a broken eye socket which required major surgery as it involved metal plates being inserted into the side of his face to help rebuild it."

"He was incensed that this man was dancing with a much younger woman. It is not his place to be the moral arbiter of people's relationships."

Suzanne Payne defending said: "Swiers is remorseful and has accepted he assaulted Mr Charles in a violent manner.

"Swiers started drinking when he couldn't cope after his young son died in May 2017 and he sought solace in alcohol.

Judge Lawrie said to Swiers: "You assaulted Mr Charles on the dance floor of a Gloucester nightclub.

"If the injuries are anything to go by you delivered a powerful blow. You effectively shattered part of his eye socket that needed metal plates inserted to repair his face.

"The victim has said that the assault has left him with considerable discomfort. When arrested you accepted that you had assaulted Mr Charles.

"You clearly did not like the idea of him dancing with a much younger woman, who was in fact his partner.

"You said you thought it was disgusting what they were doing. That shows two things - you were extremely arrogant in intervening into somebody else's relationship and you went to vent your anger by placing a physical blow on him.

"What concerns me is your offending history which shows you have a history of violence, a hallmark of your past record.

"I am rejecting the proposal for a community order. You are going into custody as I feel that is the only option available as you have a bad track record.

"You have had plenty of time to address the problems in your life since your son's death.

"Basically you are a violent man after you have been drinking."

Swiers admitted a Section 20 offence of causing grievous bodily harm to Mr Charles as well as criminaly damaging a mirror to the value of £270 on April 14th this year.

The judge sentenced Swiers to two years in prison and ordered him to pay a victim surcharge of £170.

The judge concluded: "You need to address the demon that occurs when you get angry."