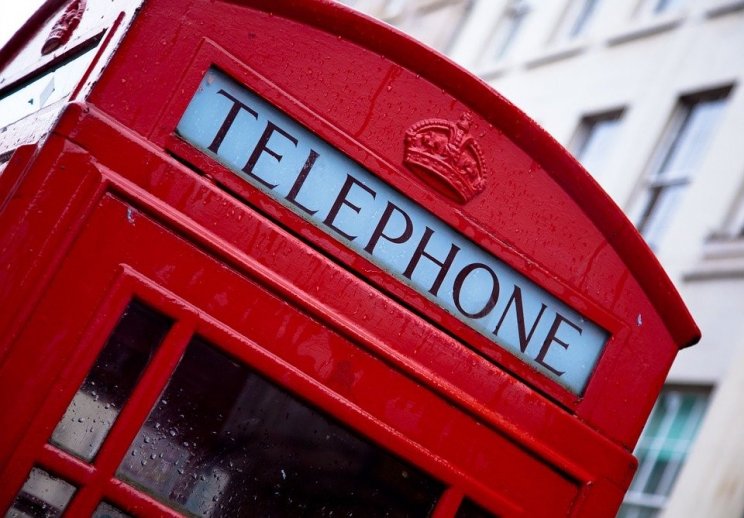 A 38-year-old man who discovered that five old phone boxes in Gloucestershire still had working lines used them to set up premium phone numbers in a money-making scam, a court heard.

Although the red boxes in Gloucester and Tewkesbury no longer had any handsets inside them, the telephone wiring was still active and Warren Godsell hooked into it to create the high-priced premium lines offering adult services, Gloucester crown court was told.

Godsell, of Brook Street, Gloucester, admitted five charges of obtaining electronic communication services with intent to avoid payment in June 2016 and also pleaded guilty to being concerned in the cultivation of cannabis on January 5, 2018 at a house he owns in Podsmead, Gloucester.

Prosecutor Susan Cavender explained that Godsell was arrested after Gloucestershire Police were contacted by BT's security crime and investigation services.

"This was because five telephone kiosks had been tampered with and calls were being made to premium rate phone numbers," she said.

"The kiosks were on locations including Denmark Road in Gloucester, outside Tredworth School and in Tewksbury High Street and Mitton Way, Tewkesbury.

"Cordless home telephone bases had wired into the kiosks and they were powered by diverting the phone box's lighting circuit.

"To make use of the now 'open and free' lines the offender used a handset within the vicinity of the kiosk and the user would be able to dial any number they wanted."

Godsell said in police interview that he had seen an advert offering opportunities for people to host premium rate phone lines and took up the offer - which he later said was a scam itself and he fell victim to it.

He placed adverts in local papers promoting a 'girls talk' phone line but he never made any profit from it because he had spent money on advertising, he stated."

Edward Hetherington, defending, said: "These decommissioned telephone boxes had phone lines that were still live but had been terminated at the location when the equipment was taken out.

"But with his electrical background Godsell was able to use the underground cable. He was set to make some £2,300 from the scam but was caught before he could do so.

"His cunning ruse did not generate the funds he thought it would - in fact he didn't receive a penny."

In the dock with Godsell was Christopher Linker, of Sneedhams Green, Matson, Gloucester, who admitted being concerned in the cultivation of Cannabis with him and abstracting electricity.

Ms Cavender explained that the ran a cannabis factory in a property in Podsmead Place, Tuffley, which was owned by Godsell.

She said: "Police obtained a warrant to enter the house and found the front room was set aside for living, but upstairs was the cannabis factory.

"The smaller bedroom had plastic sheeting over the windows, extraction fans, high power lighting and 20 medium sized plants were growing.

"The larger bedroom was effectively the nursery which had 45 plants growing, which were mainly seedlings. A grow tent and other equipment were in the room.

"The back room was where the plants were being harvested and sorted.

"In the loft there was an array of ventilation ducts and 24 mature plants and it was discovered that the electric meters had been bypassed.

Linker told the police that he was growing the cannabis for personal use. He admitted bypassing the electricity.

The court was told that Godsell owned the property and rented it out to Linker. He had no financial interest in the cannabis production although he was aware his tenant was illegally growing he class B drug, but had turned a 'blind eye' to what was going on.

Ms Cavender said of Linker: "The number of plants is in excess of personal use, but was a low level commercial enterprise."

Neil Hewitt, probation officer said that Linker had been a builder with a class A drug habit and that his use of drugs had ''eroded rational thinking.'

He said of Godsell that he had not taken action when he discovered that his tenant was growing cannabis.

Judge Martin Picton said to Linker: "When growing that volume of cannabis there is a risk of temptation to raise additional cash by selling the drug to friends."

He sentenced Linker to eight months in prison, suspended for 12 months, subjected him to a six month drug requirement and 15 rehabilitation activity requirement days and attends a monthly judicial review.

The judge said to Godsell: "You allowed your premises to be used for the production of cannabis. However your own offending with the BT kiosks was cunning, but ultimately unsuccessful."

The judge sentenced Godsell to a 12 month community order with 200 hours of unpaid work. No separate sentence was imposed for the phone box fraud.