Man collapsed after pleading not guilty 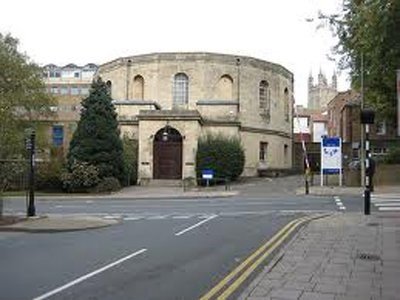 A 62-year-old man on hunger strike in prison collapsed yesterday (June 3), moments after pleading not guilty to making a Molotov Cocktail firebomb.

Martin Collins of The Barn Travellers Site, Tewkesbury Road, Uckington, appeared before Gloucester crown court via video link from Bristol Prison and denied making a petrol bomb on April 4 'under such circumstances that it was not a lawful object.'

He also denied an allegation of arson with intent to endanger life by destroying a caravan belonging to Marius Radu and assaulting Dan Marcus on the same date.

As Judge Michael Cullum was about to inform the defendant of his potential trial date he saw Collins collapse on the floor.

The judge's observation was immediately relayed to the barristers, also appearing via video link, as the prison staff attempted to revive the defendant.

The judge paused proceedings at the court just as the link from the prison was cut.

Sarah Jenkins defending Collins said she was aware that he had been refusing to eat or drink in prison due to his current situation.

The court heard that because of the serious nature of the case, the Attorney General had to give his consent for proceedings to be undertaken using the relevant historical acts to ascertain that petrol, air and a wick in a bottle had been used as a device that created the explosion.

The case was adjourned in Collins' absence and he was remanded in custody until his trial hearing on September 1.