A man who appeared in court and admitted two burglaries in Cheltenham was caught red handed just two hours later attempting another break-in, a judge heard on Friday.

Jack Bradley, 21, of Vittoria Walk, Cheltenham, was before Gloucester Crown Court on July 31st this year and pleaded guilty to burgling an outhouse and a summer house at a property in the town's Parabola Road on June 6th.

He had taken screwdriver from the outhouse and bikes from the summer house on June 21st.

But after leaving the court on bail with a warning that he faced jail, Bradley was at it again just two hours later when he was caught by police as he tried to burgle a property in Albion street, the same court was told on Friday.

Bradley admitted the further charge of attempted burglary and was jailed for two years for all three offences.

Stephen Dent, prosecuting, said that CCTV footage covered the first two offences of June 6th. At around 7am Bradley was seen to climb over a wall to enter the back garden of the Parabola road property and he spent at least 20 minutes there, including looking in through the windows of the house to see if there was anything to steal.

Mr Dent said: "Bradley tried to enter the summer house through the roof and caused considerable damage to it while trying to break in. He then took a screwdriver from another outbuilding and made further attempts to break in.

"In the end, he smashed a window to get in and he stole two bikes that were being stored in a summer house."

The court heard that the police recognised Bradley from the CCTV and also found his DNA on the spade.

The court was then told that having made his court appearance on the morning of July 31, Bradley attempted the burglary in Albion Street.

"Having left court in the morning with Judge Michael Cullum's words ringing in his ears that he is likely to receive a custodial sentence, he made his way to a house of multiple occupancy in Albion Street at 12.50pm.

"A resident from the same area heard a loud thump coming from the address and saw two men outside and that the front door had been forced, causing substantial damage.

"The witness, who had already contacted the police, observed that one man was standing outside while Bradley went inside. The lookout remained outside and was heard to say, 'Hurry up, it's in there, it is just up high'.

"The police were at the location within two minutes, but having heard the police arriving, the lookout had left the scene. Officers searched the property and found Bradley hiding behind a communal bathroom door.

"Bradley told the police that he gone to the property to smoke some weed. He denied smashing the front door which cost £1,500 to replace."

James McKenna defending said: "Bradley has not helped himself by committing the second offence within hours of appearing at this court.

"Since this offence Bradley has been remanded into custody which has led him into the abstinence of drugs.

"This has been a short sharp shock to him and I feel he could now benefit from a suspended sentence." 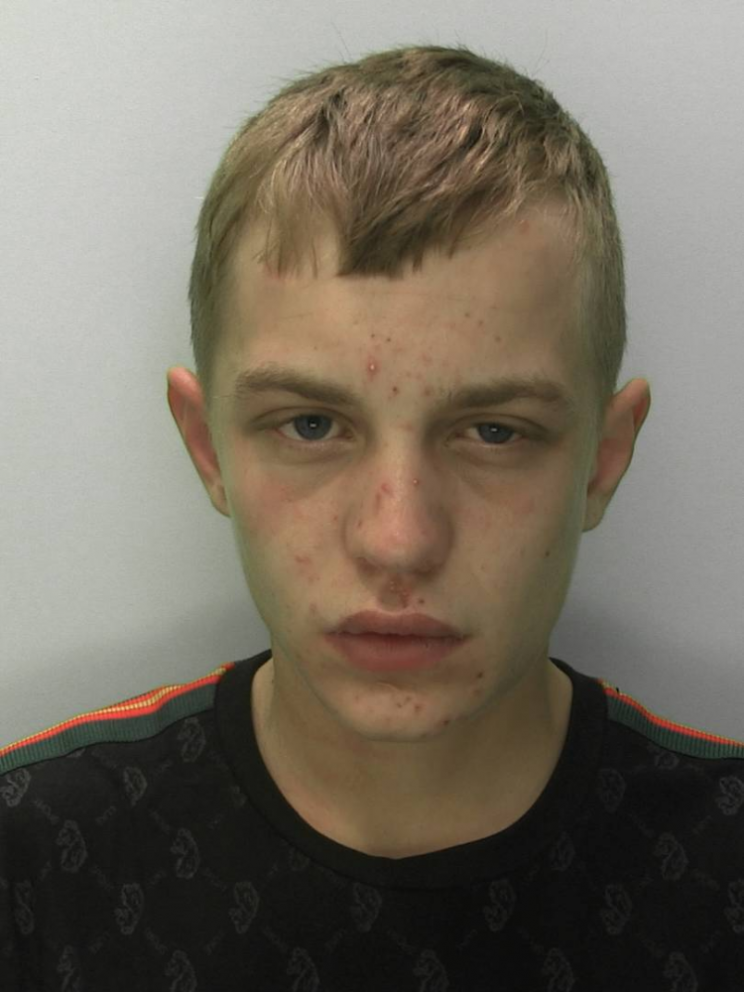 Bradley pleaded guilty to the two non-dwelling burglaries on June 6 in Parabola Road and to burglary with intent in Albion Road on July 31.

Recorder Andrew Langdon QC Bradley had an 'unenviable record' of offending and told him: "You broke into the summer house and stole two bikes that had an emotional attachment to the family. You have frightened them and made them feel uncomfortable in their own home.

"You made persistent and determined efforts to break into the property and steal two bikes that had been gifted to family members.

"One of the consequences is that you frightened the family and caused them a lot of stress.

"However, after you pleaded guilty to that offence at this court on July 31 you went and committed another burglary within two hours and you were caught red-handed by the police.

"You were on conditional bail for that offence and therefore I have no option but to impose an immediate custodial sentence.

"At the age of 21 you have made a mess of your life so far, but you have begun thinking and saying the right things to the people who have been writing up various reports about you."

The judge jailed Bradley for two years and ordered him to pay a victim surcharge of £156.