It was no doubt a measure of the great esteem with which Malcom Ball was held that more than 100 people gathered in terrible weather for a charity walk in his memory.

Some dressed in disco gear, a nod towards Mr Ball's penchant for the dance music, some in full-waterproof gear - it was that sort of day - all completed the 14-mile trek. 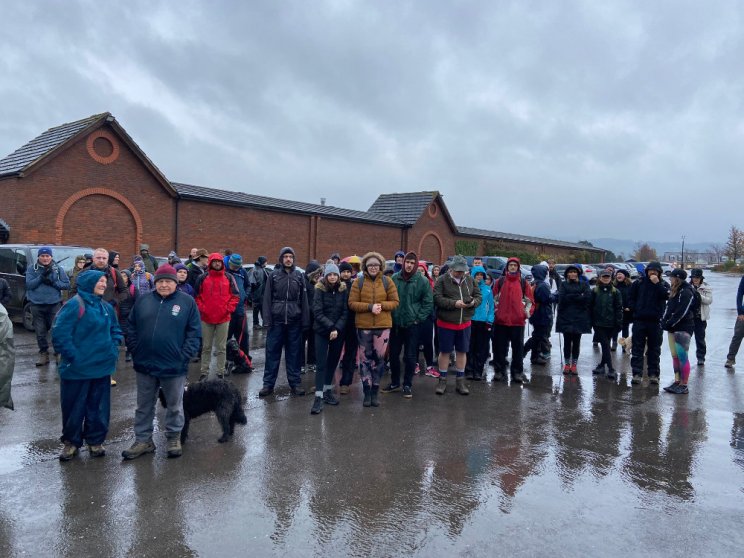 Ian Bidmead, managing director of Space Catering, said: "It was miserable day weather wise. But that about 116 people turned up and did the walk was incredible.

"In the end it was a memorable day. It was uplifting. He was an integral part of the business here. We have ex colleagues, customers, some travelling 100s of miles to be here."

He added: "We raised £10,000 - which was incredible. But we have pledged to raise £20,000 for the hospice and we will keep going into the New year and beyond until we get there."

Steve Knibbs, BBC Points West BBC reporter and a close friend of Mr Ball, said: "The fact that over 100 people turned out in the cold, wet and mud to walk across the Cotwolds is testament to Malc's personality and who he was.

We did it! Along with over 100 crazy people we walked 14 miles across the #Cotswolds in memory of the gorgeous Disco King, Malcolm Ball. It was wet, muddy and joyous! Thanks to everyone who took part and raised thousands for @SueRyderLCH https://t.co/fsIuyxQ8iP #imkeepingthewig pic.twitter.com/Rborxolevx

"He was the kindest and most generous of souls who influenced everyone he met just by being him. To raise this amount of money in his name is just wonderful to help the incredible Sue Ryder who looked after Malc in his final few days. A real tribute to the disco king."

Speaking before the event, organiser Chris Lee from Space Catering said: "Sense of humour, community theatre and disco were at the heart of Malcolm, so we thought combining these with a charity walk would be a great way for us not only to pay tribute and say goodbye to a truly wonderful man, but also raise vital funds for Sue Ryder Leckhampton Court Hospice, who cared for him and his family.

"Everyone is warmly welcomed to join us and all are invited to dress in anything from the 1970s as a salute to Malcolm. We will have a prize for the best dressed walker too." 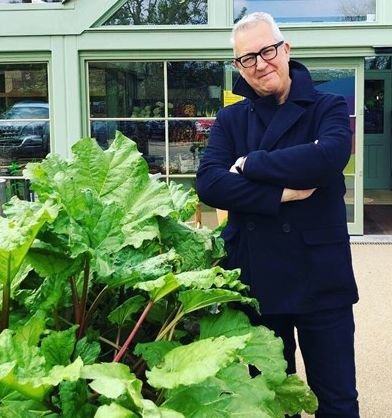 Taking place on Saturday, November 23, the seven-mile or full 14-mile Cotswold charity walk began at 8am and took in Southam, Prestbury, Cleeve Hill then the Cotswold Way, reaching the halfway point at Koloshi restaurant where hot drinks and snacks were be on offer.

Chris added: "Malcolm's final days were spent at the Sue Ryder hospice in Gloucestershire, where he received palliative care for his illness and was treated with love and dignity.

"Not only did Sue Ryder provide this care for Malcolm but they also offered love and support to his wife, Vanessa, and his children. The care that he received meant that his final days were spent in nice surroundings with wonderful people where his family could be around him and where he was kept as pain free as possible.

"Sue Ryder do truly amazing work and we would like to say thank you and show our support by inviting as many of you as possible to join us on this fundraising walk."

If you can't make the walk but would still like to donate, you can support the 70s charity walk at https://www.justgiving.com/fundraising/deepinthecotswolds