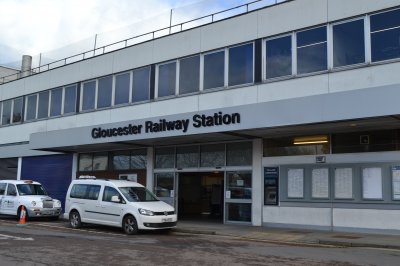 A rail worker using a clicker device to count passengers on a train sparked a major security alert at Gloucester Railway Station on Sunday (August 15).

Gloucestershire Police sent armed officers to the station after receiving a call from a passenger who saw the man holding a small box with a button on it and feared the worst.

"Shortly before midday police received a call from a member of the public who had concerns about the behaviour of a man on a train," said a police spokesperson.

"They also said he was in possession of a small box with a button on which he had in his hands and they were concerned.

"It was established that the train was due to arrive at Gloucester train station imminently.

"Police attended, including armed officers, and closures were put in place with people quickly moved away from the area and off the train in order to locate the man.

"It was soon established that he was in possession of a clicker device which is often used to count the number of people who enter a premises, which he uses for his job."

Inspector Marcus Forbes-George said: "There were a number of people in the station and on the train at the time who saw the large police response and I would like to thank them for their understanding, assistance and patience during what must have been a confusing and probably concerning time for all involved.

"We were responding to the information we had received and so we moved the public away for safety reasons, but it was soon established there were no concerns and the call had been made with good intent."