When the Prime Minister committed to invest £300million in the UK aerospace industry at this week's Farnborough International Airshow she also paid credit to an innovative Gloucester business. 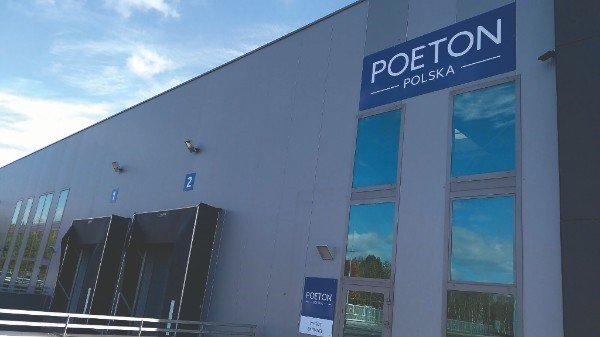 Specialist metal coating firm Poeton has made the headlines before when its services have been used in everything from high-profile aircraft to space probes.

But to be one of only two firms mentioned by the Brexit embattled Theresa May in a speech made in front of the great and good of the world's aerospace sector was special.

Anthony Poeton, chairman of Poeton, which has its headquarters off Eastern Avenue where it employs 120 staff, said: "We were really surprised. It is great to be mentioned like that."

It is news that comes just as the company reveals it has invested heavily in a new plant in Poland. It also has a base in Cardiff where it employs 100 staff.

"It is exciting times for us. The Polish business is a major, major venture for us. We have other branches and various joint ventures all over the world, but this is the first investment like this in a foreign country," said Mr Poeton.

"It will compliment what we do in the UK and not detract from business here."

The company, which started in Bristol in 1898 before moving to Gloucester in the 1950s, has already taken on nearly 10 staff at the Polish factory in Jasionka, Rzeszow, in what is described as the country's Aviation Valley.

"That number will grow to 20 or 30 over the next couple of years," said Mr Poeton.

Mrs May speech made headlines UK-wide, not just because she attended the airshow, but because of her promise of serious commitment to a sector which has sent various missives her way as Brexit sends out its shockwaves.

"The UK already has a leading edge. We are home to some of the biggest names in the industry and our small and medium-sized companies demonstrate phenomenal skill, energy and innovation.

"Poeton, who apply ceramic and metallic coatings to aerospace components to protect them from melting, corroding and wearing," said Mrs May.