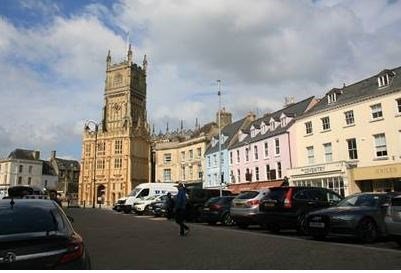 The proposal, which would link up Cirencester and Tetbury, would also see the route become part of a much bigger network which will see a £9 million total spend from the county council.

We are not talking about providing more roads for motorists, but adding long stretches to the county's cycle network.

Cllr Vernon Smith, Gloucestershire County Council's cabinet member for highways and public rights of way, is the man spearheading the mission to provide more of us with safe ways of enjoying a ride on our bikes - and inadvertently adding to our commuter routes to work at the same time. 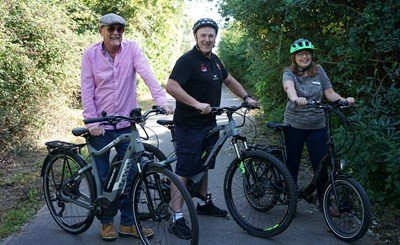 "We are looking at a dedicated cycle route away from the roads. There are schemes in Tewkesbury already completed and plans for routes between Bishops Cleeve and Cheltenham and Cheltenham and Gloucester are also coming together," Cllr Smith told BBC Radio Gloucestershire this morning.

"What about if you could get between Cirencester and Tetbury on a dedicated cycle track which meant you did not have to go on the road? It is not just a theory. It can be delivered."

• £3.6million route between Cheltenham and Gloucester which is due to be built in 2020 (working in partnership with Highways England).

The council also plans to invest £30,000 to develop a digital map of the existing cycle network, with information on the extent and condition of our on-road cycle lanes, off-road dedicated cycle routes and shared routes. 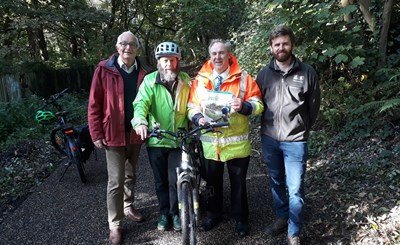 Cllr Smith, said: "Our ambition is 'to make cycling and walking the natural choices for shorter journeys. We want to develop a high-quality cycle network across Gloucestershire which connects our communities and encourages confidence in cycling for leisure, work, school and health."

Philip Williams, lead commissioner for communities and infrastructure said: "We have nearly 300 miles of dedicated cycle routes in Gloucestershire and 4.5 per cent of trips to work are by-cycle, which is over twice the national average.

"However, we aspire to do better than this: our vision is for people to be able to travel by-cycle off road where possible between the urban areas of Tewkesbury, Cheltenham, Gloucester and Stroud; and in due course the Cotswolds and Forest."