With 2021 looking brighter for all, love really will be all around as Wet Wet Wet are heading to Cheltenham Town Hall next autumn.

The Scottish band are back out on the road for 'The Journey' full theatre tour, visiting 20 towns and cities across the UK.

Wet Wet Wet are undeniably a musical phenomenon, having made an incredible impact with their music over the last four decades, becoming one of the most successful bands in British pop history. 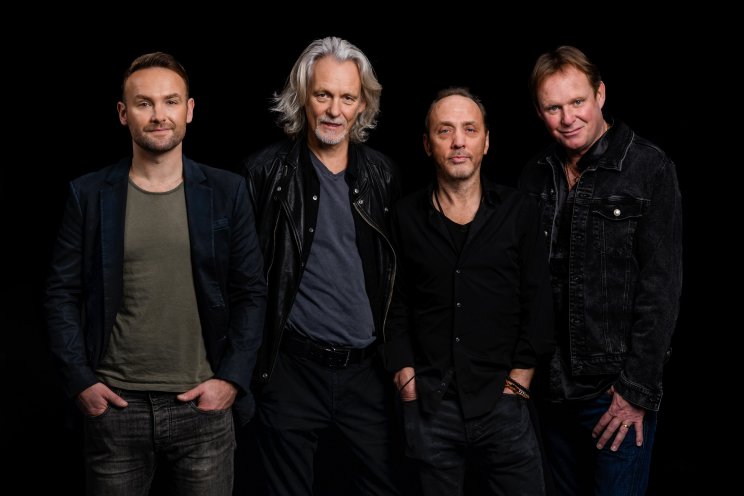 Selling in excess of 15 million singles and albums to date, Wet Wet Wet have featured in the UK official singles and album charts for over an immense 500 weeks. With number 1 hits including 'With A Little Help From My Friends' and 'Goodnight Girl', 1994's 'Love Is All Around' was the biggest selling single of the year, when it spent 15 weeks at No1, making it the longest spell at the top for any UK artist - a record that still stands.

Having spent a fair amount of time in their homes this year, the band turned their creative juices on to entertain fans via their 'Wet Wet Wet from Home' sessions, rearranging original classics in videos viewed by tens of thousands.

Now itching to see their fans in person, the tour will be their second full run with singer Kevin Simm who was seamlessly welcomed into the fold in 2018. Previously a member of BRIT award-winning band Liberty X, Kevin won the 2016 series of The Voice UK.

When asked about the excitement of a new tour, bass guitarist Graeme Clark said: "Nothing comes near to playing a live gig, from travelling to the venue for the soundcheck, to getting psyched before you go on, the roar when the lights go down, doing your gig with your musical brothers, to the bow at the end of the show.

"When you get it right it completely re-energises you. Going out on a tour is one of the most exhilarating things you can do in life.'

Next year will also see the band release their first album with Kevin at the helm, entitled 'The Journey'.

Keyboard player Neil Mitchell explained: 'Releasing a new Wets studio album in 2021 is all the more unusual because of these weird times that we're living in. Having Kevin as our singer now gives the band and the new album a different dynamic and an excitement that has reinvigorated Wet Wet Wet for an exciting journey ahead."

Lead singer Kevin Simm added: "I have loved being part of the band, performing with the lads and singing an incredible catalogue of songs. We have really gelled on stage and as friends off it, so it was the next natural step to write and release some new music."

Drummer Tommy Cunningham said: "2021 is going to be one of the most challenging but most successful years in our entire 30-year plus career. We will not go down. We will fight on and the journey continues. Wet Wet Wet have a very bright future and we all can't wait."