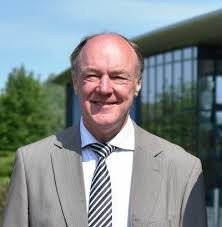 With GPs finding it difficult to book the number of appointments to match the doses of vaccine in stock, they are are having to find ways to make sure none are wasted.

Speaking in a Facebook debate staged by BBC Points West, Mr Surl called on a scheme introduced in West Yorkshire which provided leftover vaccines to police officers and staff to be introduced nationwide.

He said: "What I want to see is a clear direction from the Health Secretary Matt Hancock, supported by the Home Secretary Priti Patel, that any excess vaccine should be prioritised to front line police officers or other designated groups.

"There have been numerous reports of vaccine left over at the end of a clinic and no clear instructions what should happen to it.

"I have no doubt a call to the local force control could direct active patrol cars to a surgery or centre within minutes and the vaccine could be put to the use it's meant for."

He continued: "I applaud what is happening in West Yorkshire but this should be a Government protocol for the whole of the country.

"Police officers go towards danger when no one else does. Even if just two or three extra officers in Gloucestershire were vaccinated each day for the next few months, it would make a huge difference."

His comments come as latest NHS figures revealed Gloucestershire was closer to vaccinating all people over-80 than any other region.

At the start of the week, the county's health authorities had given vaccines to 85 per cent of over-80s with around half of the top four priority groups receiving at least one dose by yesterday.

Figures showed 62,140 people in Gloucestershire had received their first dose with 2,886 having a second dose.