Hemmingsdale Road will be closed for a maximum of two weeks starting this month as the Gloucester South West Bypass Llanthony Road Widening Scheme works continue. 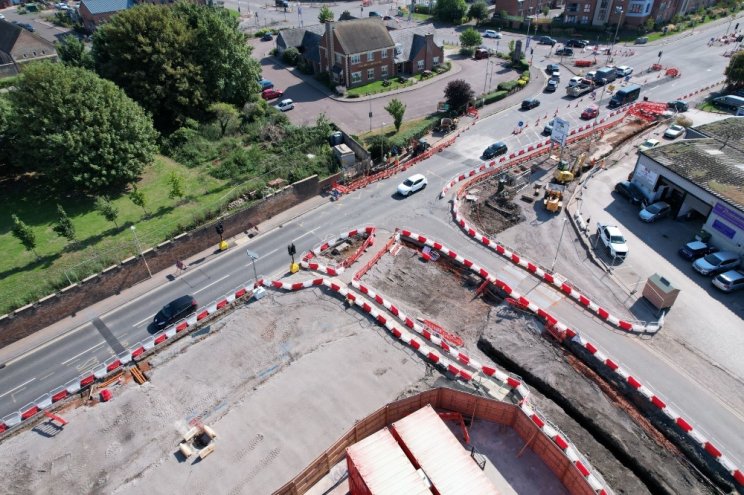 The road will be closed from next Monday (November 28) to install drainage facilities.

The decision to close the road for two weeks has been taken by Gloucestershire County Council, rather than closing the road twice for a total of up to four weeks.

While the access and exit from Hemmingsdale Road is unavailable Sudmeadow Road will become a two-way system. Those that park on Sudmeadow Road are asked to find an alternative place to park for the duration of the closure.

There will be another 36-hour closure of Llanthony Road planned for mid to late January. As in August, this will be during the week and during working hours, access will be maintained for businesses, their customers and residents. 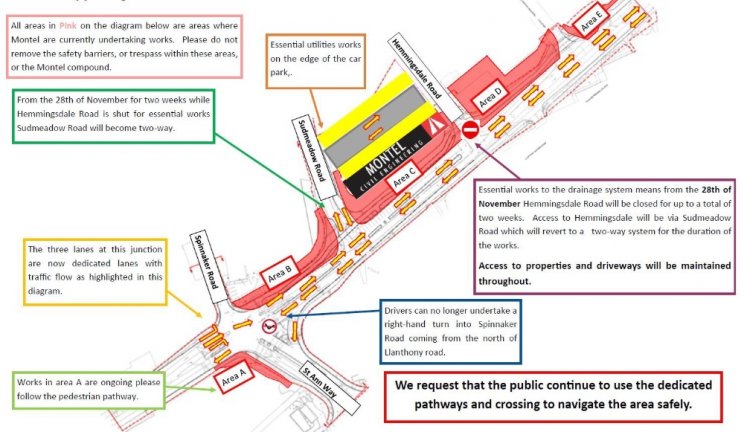 Kerbs and lighting have now been installed in parts of the road as the project begins to take shape, with it currently on target.

The work on the Llanthony Road section of the A430, will see widening of the footpaths on both sides to incorporate a fully segregated cycleway and pedestrian path on the northern verge, and cycle priority over motorised users at side road junctions.

Widening of the carriageway to two lanes in each direction at this well-known pinch point hopes to improve the traffic flow on a major route through the city. 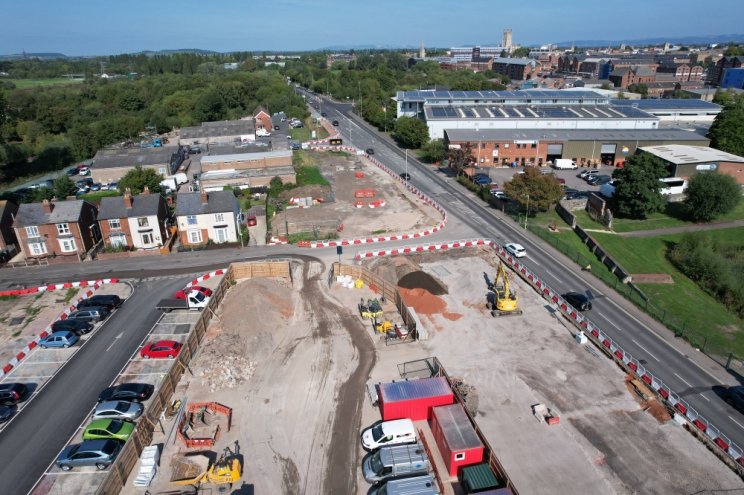 The scheme will also see St Ann Way widened to provide two right turn lanes into Llanthony Road, and new traffic lights at Sudmeadow Road to help traffic to flow better. The side road junctions will be upgraded and there will also be improvements to pedestrian crossings.

Montel Civil Engineering is the projects the principal contractor, with funding for the scheme is coming from multiple sources including an allocation of £2 million from the government through the Gloucestershire GFirst LEP Growth Deal and £9.1million from the Department for Transport's Levelling Up fund.

The overall delivery of the scheme has been underway since July 2022 and is due to be completed by late Summer 2023.