Proposed changes to coronavirus restrictions for Christmas have been labelled a mockery by the British Beer & Pub Association. 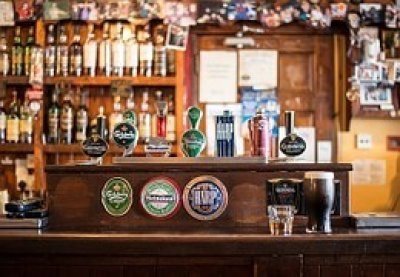 The Government last night announced bubbles of three households will be allowed from December 23-27, but that group will not be allowed to go out to pubs and restaurants.

While people will be allowed to meet at hospitality venues, they will only be allowed to do so in line with the local rules allowed by the tier system at the time.

But British Beer & Pub Association chief executive Emma McClarkin questioned why households can mix in private settings rather than at venues.

She said: "These plans for Christmas make a mockery of the extra restrictions being placed on pubs and the economic devastation they are facing this Christmas.

"The Government data has consistently shown that house-to-house transmission is one of the highest, whereas hospitality has accounted for as little as two of Covid incidences when open.

"Pubs are a controlled, safe and regulated environment to socialise in - following all Government guidelines and working with NHS track and trace. They are part of the solution for a safe and enjoyable Christmas, not the problem."

She called for support for the hospitality sector to make up some of the losses the association's members expect to endure over the festive period.

"If the Government is really going to stop pubs from opening this Christmas then they must be fully compensated," she said.

"Christmas is the most important time of the year for trade in our sector. This year more than ever.

"Without it, thousands will not survive the winter unless the Government does the right thing and steps in with financial support to help them."