More than nine in 10 businesses have used video conferences since the introduction of coronavirus restrictions, according to a new survey. 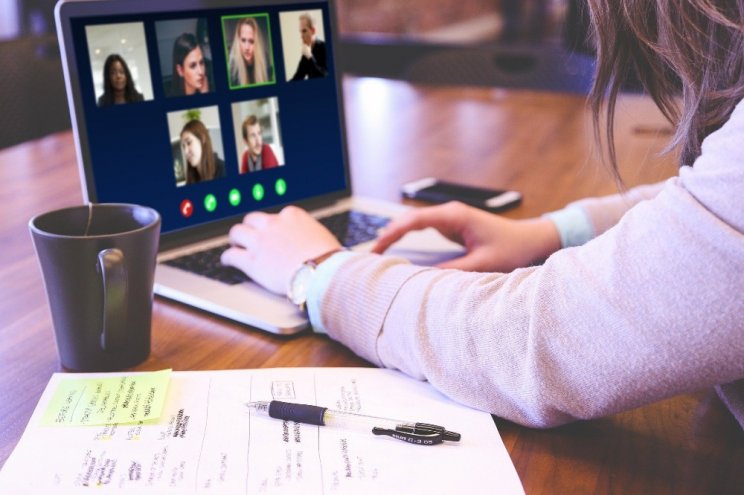 Zoom was the overwhelming favourite for respondents to the survey of customers by Lister Communications on how they have changed ways of working and communicating.

The Stonehouse firm found 93 per cent of respondents had used video calls since the introduction. Many said they had used multiple platforms including Zoom (83 per cent), Microsoft Teams (65 per cent) and Horizon Collaborate (12 per cent).

Managing director Rob Lister told BBC Radio Gloucestershire: "Lockdown has changed what we are doing and what lots and lots of businesses are doing dramatically.

"The technology has been around for a while but it has been adopted at a rate of knots since the lockdown."

He continued: "Ninety three per cent is an amazing adoption of this technology.

"We may have all tinkered a bit with Facetime and the like before, mainly for family calls, but now it is being used by many people in many businesses." 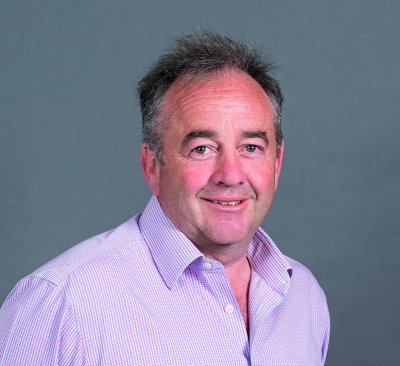 Asked to rate how well their business was prepared for lockdown and the enforced changes, respondents produced an average rating of 3.69 out of five.

Looking to the future, 41 per cent anticipate no changes to the way they work while 30 per cent are planning to gradually bring all workers back to the office with 30 per cent introducing a mix of office and home work.

Mr Lister said: "We quickly went to the majority of our staff working from home and at this stage we have no reason to think we are going to change that. 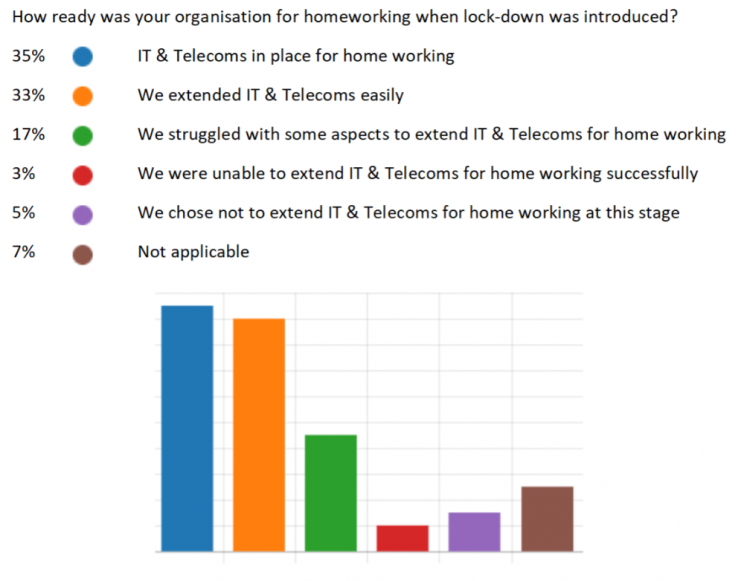 "The video call has been a big part of making that possible, allowing us to run our team meetings, sales presentations, demos, a bit of training, talk to suppliers and to talk to each other."

He continued: "That's one of the underlying bits I have found really good about it.

"Working from home can be quite lonely but the video call suddenly brings it all back to life and gives you a pretty good sense of being part of the team.

"It will never be quite as good as being side by side in the office but it is certainly better than just speaking on the phone and sending emails."

Among the other findings of the survey: 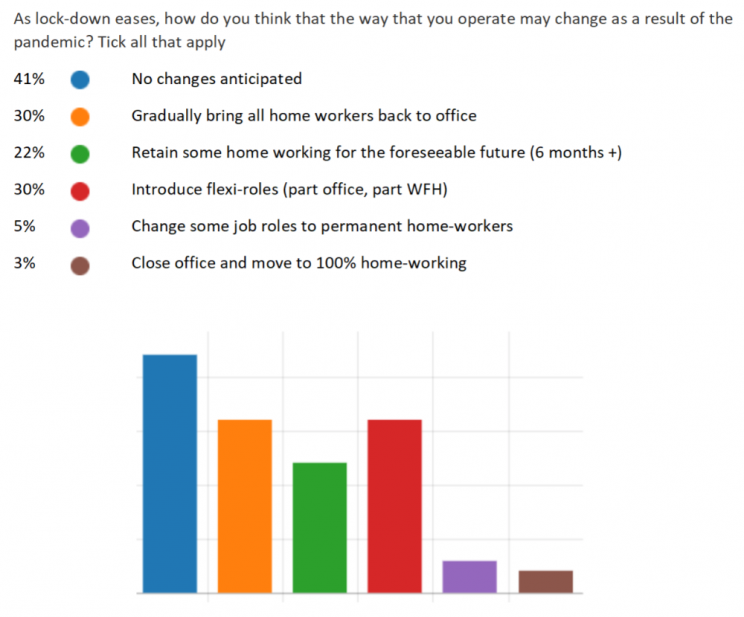