Volunteers from the Severn Area Rescue Association will be tackling a challenge with a difference on dry land to raise vital funds. 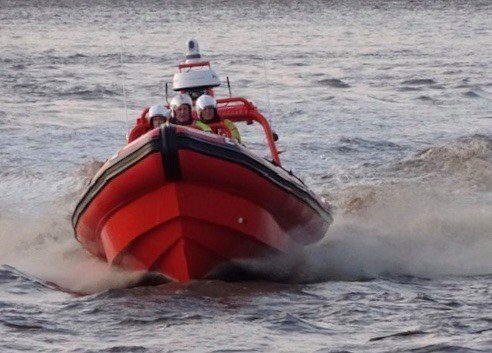 Members of the organisation's lifeboat crew will be taking on the Docks to Docks Challenge Walk from Gloucester Docks to the SARA lifeboat station at Sharpness Old Docks.

The 16-and-a-half-mile trek along the Gloucester and Sharpness Canal path might not sound too far, but the walkers will be tackling the challenge in full lifeboat protective equipment.

The kit - heavy steel toe capped boots, lifejacket and protective helmet - weighs around 15kg and is designed to keep crew safe during rescues on the water.

Four crew are confirmed to be making the walk in full kit - helm Matt Davies, crew Joe Challinor and Lee Buhagier with probationer David Hill - with two members accompanying them with collecting buckets.

Senior helm Chris Thornton will run the route later in the day with the aim of finishing around the same time.

Funds raised by the challenge will be used for urgent maintenance to the lifeboat station at Sharpness.

The Grade-II listed building is more than 180 years old and needs extensive repairs to make it watertight and safe for the 35 volunteers who are based there.

They will start the walk at 10am on Saturday, September 26 with planned breaks at Saul Junction just after midday and Patch Bridge near Slimbridge around 2.30pm with arrival at Sharpness about 5pm.

You can donate at just justgiving.com/campaign/dockstodocks and follow them at facebook.com/SARASharpness/