Cotswold District Council has been won by the Liberal Democrats.

The Lib Dems wrestled control from the Conservatives after 16years prompting the BBC political editor Laura Kuenssberg to tweet "Blimey the Lib Dems have won the Cotswolds."

Blimey the Lib Dems have won the Cotswolds

Cotswold District Council was one of three authorities in Gloucestershire to stage council elections on Thursday.

Blimey the Lib Dems have won the Cotswolds

The Conservatives held a 10-seat majority in the 32 seat council, but lost eight councillors overnight, six of which went to the Lib Dems. 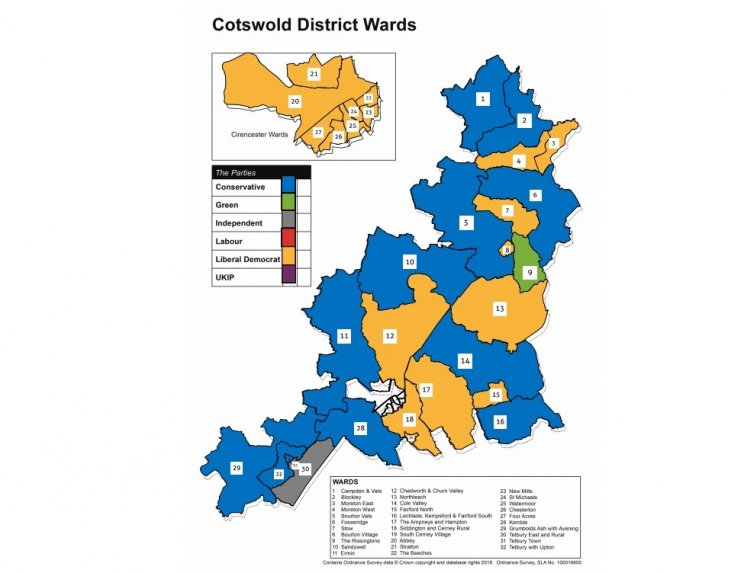 Wins for the Lib Dem candidates in The Ampneys and Hampton, Siddington and Cerney Rural, Northleach, Bourton Village, Moreton East and Moreton West gave the Lib Dems a one-seat majority.

There were also wins for the independent candidate in Tetbury East and Rural, while the Greens took a seat on the council with a win in the Rissingtons.

The overall makeup of the council now reads: