Following a motion earlier this year, proposed by Cllr Jeremy Hilton, the police and crime commissioner (PCC) was invited to provide a presentation to Gloucestershire County Council on how he intends to deliver his manifesto promises and explain why his commitment on officer numbers had been cut by almost two-thirds. 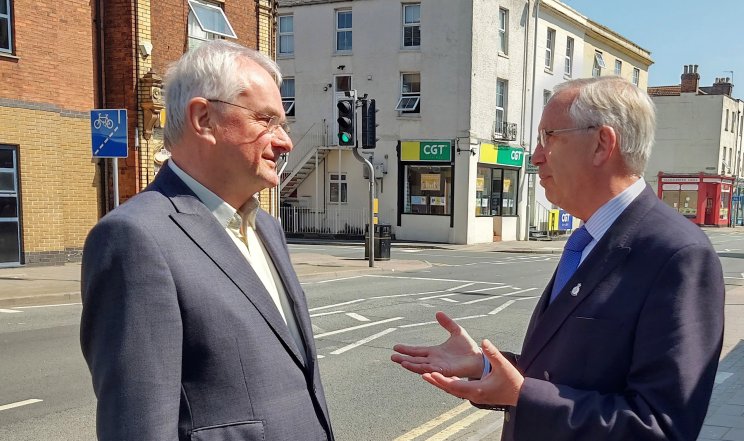 During his presentation, Chris Nelson emphasised his "commitment to hiring 200 police", yet under questioning, it emerged just 50 of these were police officers.

The PCC's manifesto stated that he would "put 300 more bobbies on the beat".

Mr Nelson explained that the antisocial behaviour rates have decreased under his watch, however Gloucestershire's rates are still higher than the national average and neighbouring authorities.

Cllr Jeremy Hilton said: "We appreciate Chris Nelson's promise to improve the 999 and 101 services, which are currently failing to cope with the demand of the public. However, there are requirements that need to be met regarding the hiring of full-time officers that will aid in improving patrols and reducing antisocial behaviour.

"Chris Nelson argued that he "gets irritated by those who bang on about numbers", but his manifesto was clear that he would hire 300 officers to patrol the streets and he is well down on that commitment.

"The Lib Dems will continue to challenge Chris Nelson to deliver on his manifesto, or to be honest with the public that he has ditched the promises that saw him elected."

Chris Nelson, police and crime commissioner, said: "The facts are simple. Between April 2021 to March 2022, we have recruited the full-time equivalent of 217 police officers, PCSOs, special constables and police staff, with many more already going through the 2022-23 recruitment process.

"I am delivering on my plan to grow Gloucestershire Constabulary by the greatest amount in a generation, but I appreciate that these improvements are not always easy to spot when you cherry pick the data you are examining.

"This significant increase to staff and officers includes both boots on the ground to provide that visible reassurance to communities and specialist staff in areas like the force control room and crime management unit, to make sure the public are getting the service they deserve.

"These are the areas the public asked me to improve, and the reason that Strengthening the Constabulary is a key priority of my Police and Crime Prevention Plan. What's more, this success is only the first year of my three-year-plan to deliver further recruitment and investment into policing in Gloucestershire. I look forward to spending the next two years working to further strengthen Gloucestershire Constabulary."