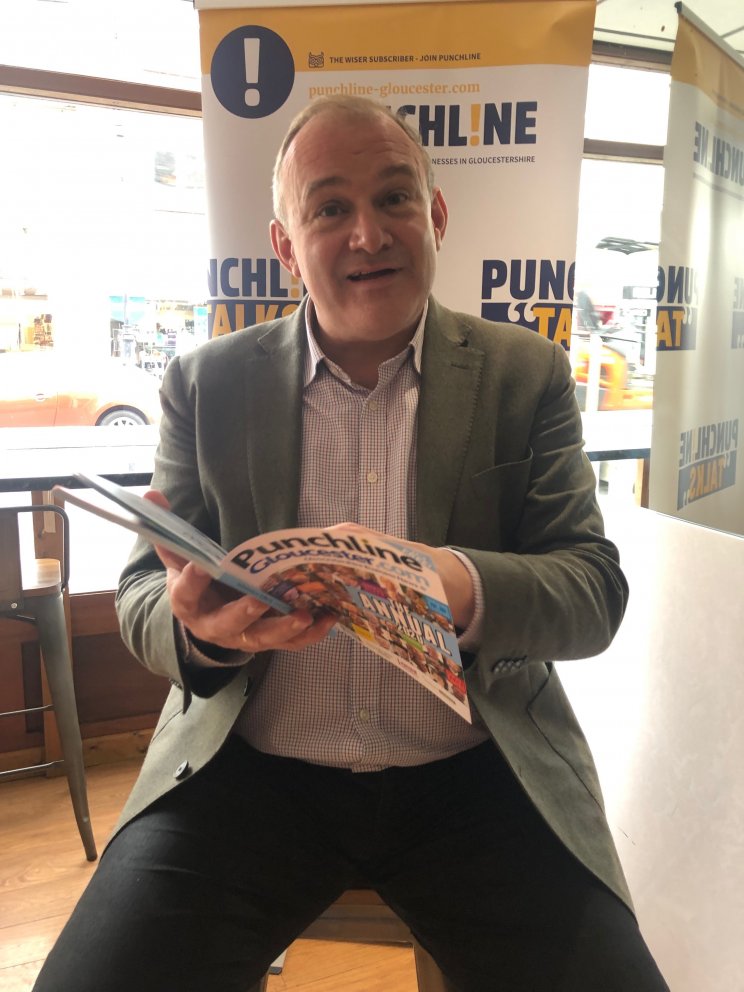 The first stop on his whistlestop tour of the town was a visit to Springbank Community Food Bank, where he helped the team of volunteers alongside Cllr Suzanne Williams distribute food parcels to those in need in the local area.

Sir Ed spoke to one of the local residents supported by the scheme about how she is handling life in our strange new COVID world, and how she is coping as a carer for her mother at a time where social care faces more challenges than ever before.

Next was a trip to local independent restaurant Bar and Wok with local Lib Dem spokesperson Max Wilkinson to meet representatives from TURF Cheltenham - a group set up by local hospitality business owners to promote independent businesses in Cheltenham and work together to tackle shared challenges. 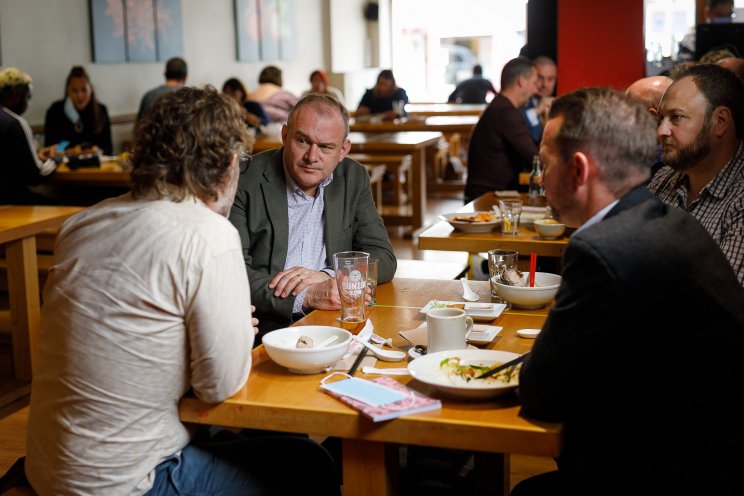 Speaking to Punchline editor Mark Owen, Sir Ed said: "I'm really worried for people who run pubs, restaurants, cafés and nightclubs. The restrictions that have been imposed on them to help us all to tackle this pandemic have really hit their businesses and while there's been some relief it looks like those restrictions are going to come back.

"I think the government hasn't really played fair. They've not dealt with some of the big issues the rents they are having to pay the insurance that's not been paid out and they've not compensated the businesses which have had to close or reduce their hours. This is almost like a mini war dealing with this pandemic. It's an invisible enemy. and those businesses and those people who are having to fight it on the front line and are having to close or reduce their hours need our support and we have to stand with them. 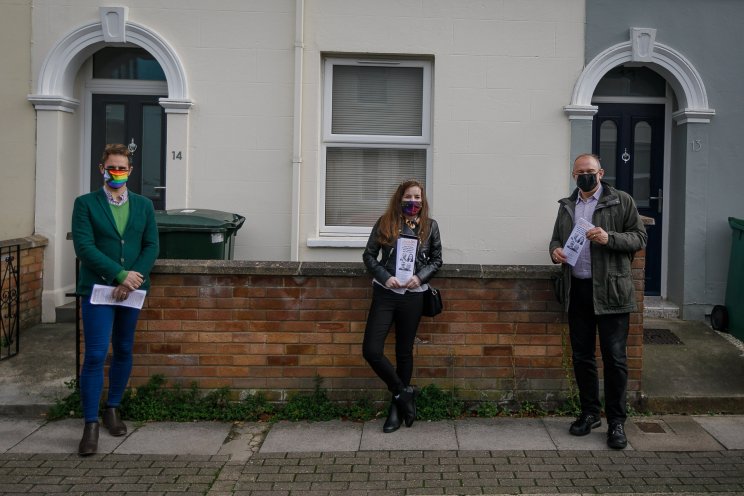 "The government needs to do far more to help those people who are running pubs, restaurants and cafes and their employees."

Independent hospitality businesses have been hit hard by the new lockdown restrictions and have gone the extra mile in making their venues COVID-secure. However, one major issue facing these businesses is the 10pm curfew.

Max Wilkinson said: "Scenes of pub-goers getting kicked out onto the streets and on to public transport in large groups at 10 pm have shown that the curfew is bad for public health and bad for business. With ministers failing to publish any evidence that the 10pm curfew works, people are right to raise questions when it appears to be undermining other public health measures and is putting their jobs on the line.

Mr Wilkinjson has written to Cheltenham MP Alex Chalk, calling for him to vote against the curfew and work with government ministers to find a better solution to reducing the risks of transmission in hospitality settings.

"The Government must provide tailored support for the industries impacted by the COVID restrictions to save jobs and businesses in Cheltenham," he added.

It wouldn't be a Lib Dem visit without some door knocking - so local activist and council candidate Alisha Lewis took Ed to meet some residents in St Paul's ward. From health and social care to education and unemployment, Ed spoke with residents about the work Liberal Democrats in Parliament are doing to tackle the issues they're facing in their daily lives.