Jan Coates, 47, who defrauded the Macmillan Cancer Support charity by failing to hand over the proceeds of fundraising events at her Forest of Dean pub, has been ordered to do 150 hours of unpaid work. 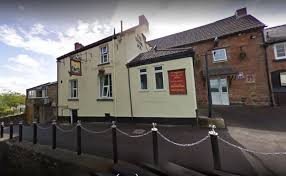 Magistrates in Cheltenham also ordered her to pay almost £2,200 costs and surcharges.

Coates, of the Rising Sun pub, High Street, Bream, had denied fraud by false representation but was found guilty at a trial in February.

John Crawford, prosecuting for the charity, said Coates had contacted Macmillan in April 2017 and arranged to hold fundraising events, including beer festivals and quizzes.

She 'constantly declined to forward the funds' by saying she had other events planned, saying in December 2018 she had raised £1.500.

Mr Crawford, who said Coates finally paid £1,500 at her first hearing in November, pointed out to the magistrates: "The court has the power under the Licensing Act to revoke the liquor licence for these premises but on this occasion I am not seeking this course of action."

Coates, who was legally unrepresented, told the court: "I did the fundraising in good faith. It is entirely my own fault I didn't forward the funds to the charity.

"It was never my intention for the charity not to get the money. It was purely that I didn't keep a close check on banking records because there was a large amount of transactions going in and out of the account at the time as the pub was being refurbished.

She continued: "We have been closed for 15 weeks because of the lockdown and I am not in a position to take on staff. The pub is solely a bar and doesn't have a restaurant.

"If I lost my licence the knock-on effect would be devastating as it would mean the loss of my job and ultimately my home."

Sue Fuller, chair of the magistrates, told Coates the offence fell below the custody threshold.

She said: "You have been found guilty of fraud by false representation. This offence was committed over a long period of time.

"The court has also considered revoking your licence but because you have no other previous convictions we are not making that order. The licensing authority may have a different view on this."

Coates was sentenced to a 12-month community order that includes 150 hours of unpaid work and was ordered to pay prosecution costs of £2,102.90 and a victim surcharge of £85.