Gloucester City Council's budget faces a shortfall in excess of £3million without Government help to cover its funding of the coronavirus pandemic, according to the leader of the Labour group. 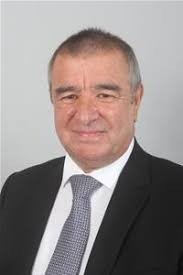 Councillor Kevin Stephens called a motion at full council for pressure to be put on the Government by Gloucester MP Richard Graham and the leader of the council, Councillor Richard Cook.

Councillor Stephens said the authority was in danger of being left in a serious position.

He said: "When we entered the pandemic, we were given a clear message to spend on whatever was needed and we would be reimbursed.

"What has become clear is that the Government appears to be backtracking and there is widespread concern local authorities will be reimbursed for some things, but not everything.

"This will leave us with a shortfall in excess of £3million."

Deputy leader Councillor Hannah Norman told the meeting £500million had been put aside by the Government to assist councils with their costs and that £1.3million had been received so far.

But Mr Stephens said £500million was "nowhere near enough" adding the funds probably would not be available until the autumn at the earliest.

"A lot of councils are pretty close to insolvency so please can we keep on the pressure from Mr Graham and Councillor Cook," he said.

"If we do have a second wave of the COVID- 19 virus, I just don't know how on earth we would cope with it."

Councillor Declan Wilson (Lib Dem) said he had felt quite reassured when the announcement was first made, but started feeling uneasy as the pandemic progressed and the government appeared to be overwhelmed.

He said: "It has certainly all gone very quiet and I am now worrying that if we don't get our costs we will be left with a big black hole after having been told to do whatever it takes."