Krystian Czelewicz sentenced for the manslaughter of Lukasz Grabowski 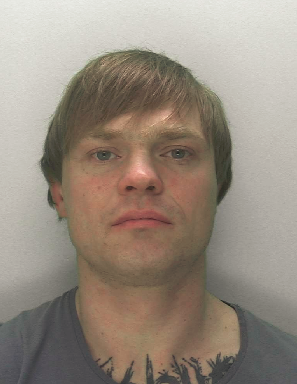 Krystian Czelewicz has been sentenced to eight years and eight months in prison for the manslaughter of Lukasz Grabowski in November 2018.

Mr Grabowski, from Bristol, suffered serious head injuries during an assault in Gloucester and died shortly after being found in Great Western Road..

Two men, Krystof Solosciuk and Tomasz Urbaniak, were found guilty of his manslaughter last year and are serving prison sentences.

Czelewicz, 37, fled the country following the assault but was returned under a European Arrest Warrant in March following a joint operation between Gloucestershire Constabulary, the National Crime Agency and police in Poland.

He appeared in court shortly after his arrival in England and pleaded guilty to the offence.

Detective Chief Inspector Ruth Mather, senior investigating officer, said: "This has been a long and complex investigation but I am now happy that all three men responsible for Mr Grabowski's death have received justice.

"I hope that this brings some comfort to his family and allow them to move forward with their lives.

"I would like to thank them for their courage and support throughout the investigation.

"I would also like to thank the National Crime Agency and the police authorities in Poland for their help in locating Czelewicz and implementing the European Arrest Warrant which secured his detention."