The redevelopment of King's Walk has won Gloucester City Council a prestigious award - before the full-scale of the work gets underway.

Representatives from council and developers Reef were at the Park Lane Hilton last night where they scooped a prestigious MJ Local Government Achievement Award.

Seeing off bids from councils up and down the UK, the Gloucester team took top honours in the Innovation in Property and Asset Management category for the King's Walk plan. 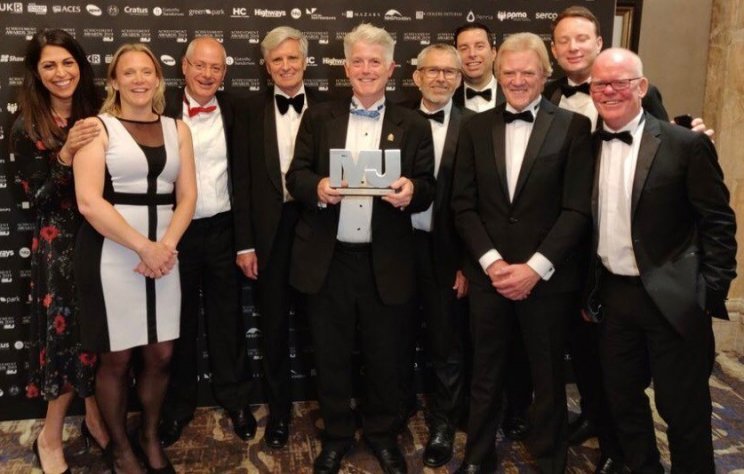 And with work starting on the overhaul of the city-centre landmark in recent days, city council leader Paul James said the award was the perfect start to the redevelopment.

"It's a great thing for Gloucester and it recognises the bold decision we took to acquire the centre and then work with Reef to redevelop it," he said.

"We had to show the leadership to get things moving and now people are on site and starting the work, it's an exciting time.

"After the awards, I joked with the people from Reef that now they really have to deliver!"

The proposals include significant enhancements to the existing centre as well as the frontages on Clarence Walk, Eastgate Street and King's Square.

It forms part of the wider King's Quarter redevelopment, which was the council's number one priority in its regeneration plans.

That includes the redevelopment of King's Walk, King's Square and the building of the city's new transport hub that opened in October 2018.

Councillor James added: "What we've seen so far is reward for the hard work done behind the scenes to get to where we are now when the work starts.

"I am looking forward to seeing this all take shape. I get my pleasure from seeing the physical changes and how they will improve the city for the people of Gloucester.

"This award gives us a really positive push start to get that work going. I can't wait to see the changes."